Meet Pretty Tiffany Trenary; she is the current girlfriend of NHL player Alex Killorn, the left-wing currently playing with the Tampa Bay Lighting. Killorn, also a Canada’s National Team member, played at the 2017 World Championships in France and Germany that won the silver medal. 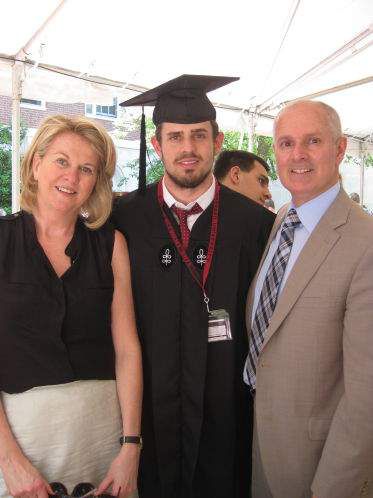 6’1″ Alex Killorn was born on September 14, 1989, in Halifax, Nova Scotia, Canada, and grew up in Beaconsfield, Quebec. He is one of the children born to Cindy Killorn and Matt Killorn, also proud parents of Alex’s two sisters, Katie and Rachel. 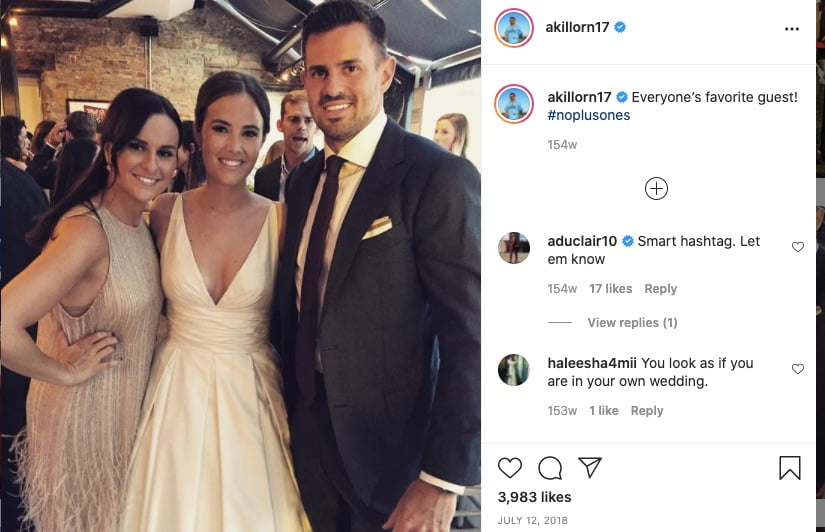 His momma Cindy a former teacher who taught sociology part-time at LaSalle College in Montreal, older sister Katie went to medical school at Queen’s University in Kingston, Ontario; Racher studied business and worked as an accountant for a firm in Montreal; both of Alex’s sisters are happily married.

He attended the all-boys catholic school Loyola High School in Montreal and Deerfield Academy, from where he graduated in 2008. He wаѕ selected bу thе Tampa Bay Lightning in thе 2007 NHL Entry draft in thе third round, 77th overall. However, Alex decided to attend Harvard and finished his degree; Alex’s dad had doubts about  Alex’s decision at the time.

“I remember having the discussions with my wife, because she’s a teacher by profession, and she was really advocating strongly the school route, which was obviously the right choice,” Matt Killorn said to NHL.com. “But there was always a piece of me thinking, ‘Is this really the right path?’ There were a lot of people who told us that if you choose Harvard you’re kind of saying no to professional hockey, because at that time Harvard wasn’t really considered a strong hockey school.”

In May 2012, after he graduated from Harvard, Alex Killorn signed a two-year, entry-level contract with thе Tampa Bay Lightning.  Killorn and the Bolts won the 2020 Stanley Cup, defeating the Dallas Stars 4-2. His stats are listed below:

We have been keeping an eye on Alex Killorn for  several years, and information about his personal life is a priority; FabWags broke the story about Killorn’s former flame Justin, but that is  a done deal, Alex is currently dating this stunning girl,  Tiffany Trenary, who unlike Justine has made it into Killorn’s social media. 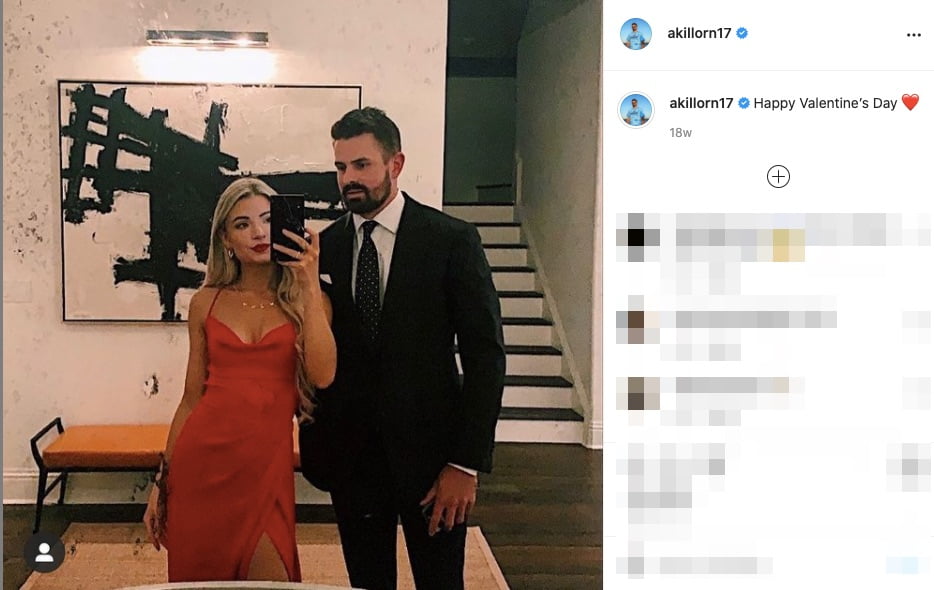 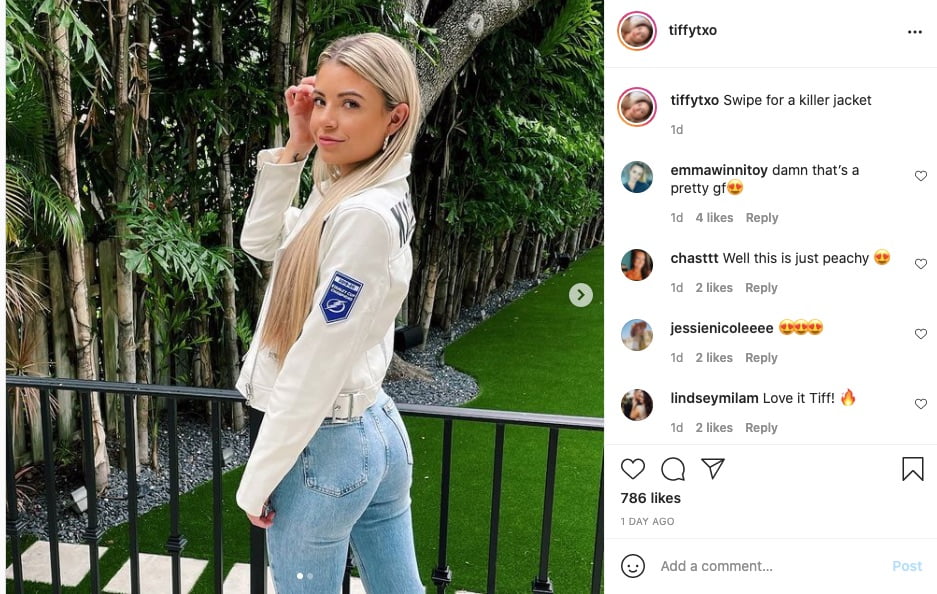 26-year-old Tiffany Nicole Trenary was born on May 8, 1996, in Tampa, Florida. She is one of the children born to Valerie Sholes Trenary and Donald Trenary; Tiffany has two older brothers, Clayton and Chet. 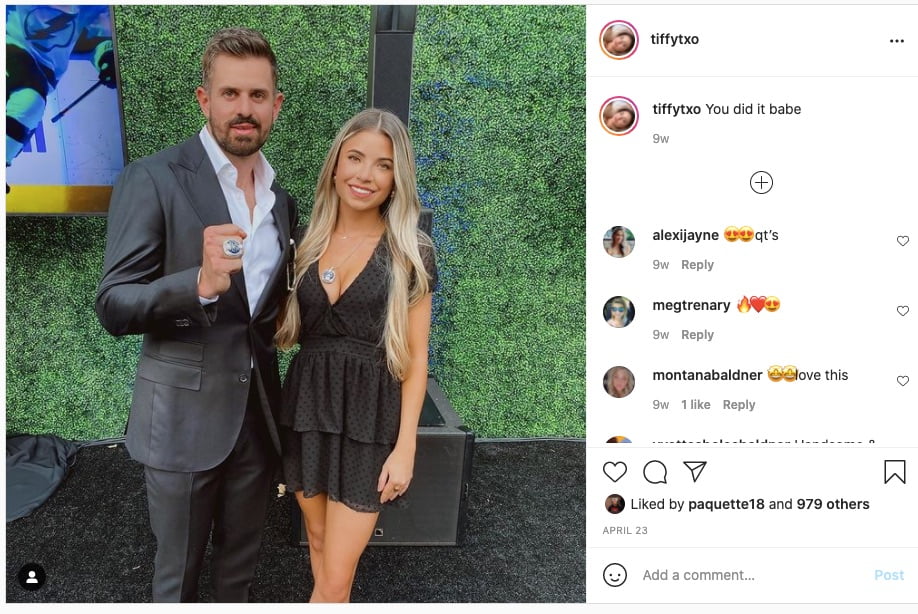 Tiffany Trenary graduated with a Bachelor of Science in Retail, Management, and Product Development from Florida State University in 2017. Back in 2017, she did an internship at Lo and Be Designs and Greiners Fine Men’s Clothing in Tampa. 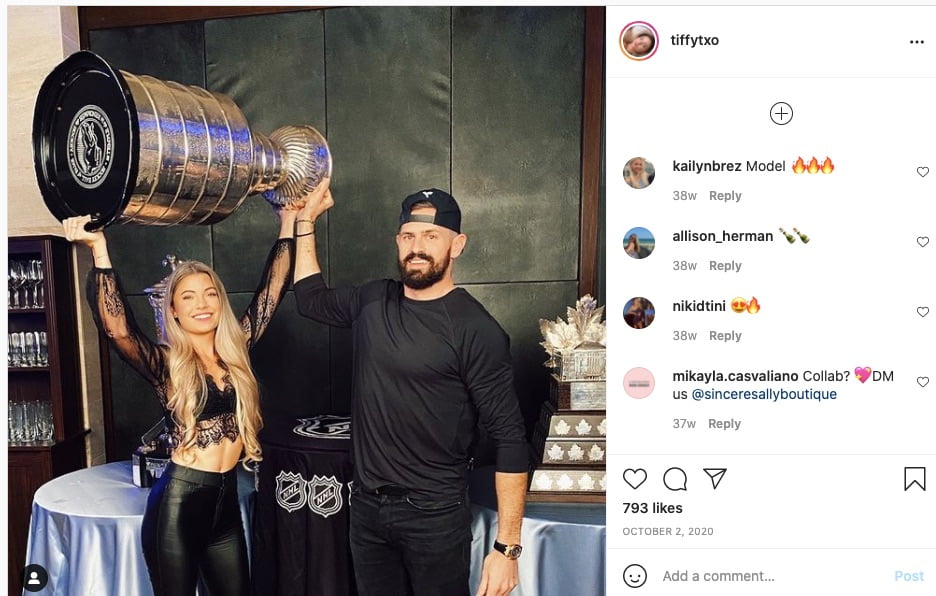 Later on, she was a Business Administration Manager at DuPont Registry Media; nowadays, Alex Killorn’s GF Tiffany is an interior design assistant for Real Estate by Design. Justine and Killorn? We found out that before he started dating Tiffany, Alex Killorn’s girlfriend was a pretty brunette by the name of Justine! So what about Killhorn’s ex-girlfriend Justine? American or Canadian? Not much about her, unfortunately, but we found out that Killorn is allegedly dating a stunning, leggy brunette known only as Justine. 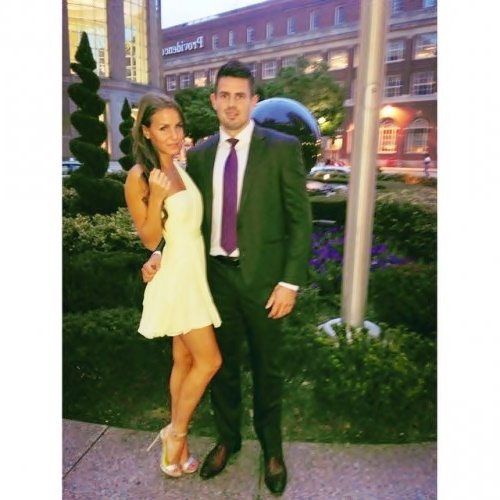 33-year-old Justine, also from Halifax, is pursuing her master’s in finance at École des Hautes Études commerciales (HEC) in Montreal. 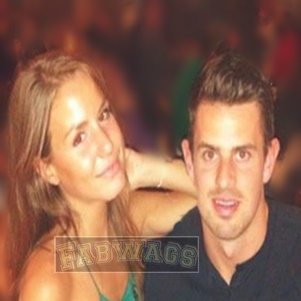