Jason Dufner is happily married to his beautiful and loving wife Amanda Dufner also known as Amanda Boyd, one of the pretty PGA tour WAGS that we love to talk about. Want to hear her story? check this out!!

36-year-old Jason Dufner was a student at Auburn University when he was introduced to his soon to be wife Amanda Renee Boyd of Milbrook, Alabama through a mutual friend. Amanda Dufner the daughter of Mickey and Elizabeth Boyd, Amanda was attending at the University of Alabama when she went on her first date with Dufner, however his busy schedule and her studies kept them apart. After long phone call conversation, Amanda and Jason reunited in New Orleans on New Orleans, nothing planned, but they became inseparable ever since.

Amanda managed to do both travelled with Jason while he was on tour and finished her schoolwork, everything became better after her graduation in 2010, but not for long, busy Amanda has a new project to work on… her wedding.

A wedding she had been waiting for quite a while, ever since she suspected Jason was going to propose, but Jason wanted it to be special..

“Every time we were going out somewhere, I would get all dressed up just in case that was going to be the night he popped the question,” says Amanda. “But he never did.”

“I had been planning to propose in early 2011, while we were in Hawaii,” says Jason. “But I found out Amanda knew I had the ring, so the element of surprise was gone. Then my schedule got really busy, and I couldn’t find a time to make it special. Until July.”

So when did Dufner popped the question???

“Every time we were going out somewhere, I would get all dressed up just in case that was going to be the night he popped the question,” says Amanda. “But he never did.”

“I had been planning to propose in early 2011, while we were in Hawaii,” says Jason. “But I found out Amanda knew I had the ring, so the element of surprise was gone. Then my schedule got really busy, and I couldn’t find a time to make it special. Until July.”

So when did Dufner popped the question??

Amanda joined Jason for a tournament in Philadelphia the week of July fourth, and when Jason missed the cut, he knew he had the perfect opportunity.

“We took a train to New York and had dinner at STK, our favorite restaurant, before going to a rooftop bar overlooking the Hudson River,” remembers Amanda. “We were watching the fireworks over the river and when I turned around, Jason was on one knee. I don’t really remember much after that, only that I was bawling and complete strangers were applauding, snapping pictures and buying us drinks.”

The wedding was on May 5, 2012 in Auburn, Alabama, the reception was at the Fountainview Mansion – Auburn. Amanda’s wedding gown was designed by Judd Waddell, she wore a wedding dress designed by Heidi Elnora of Birmingham for the reception. They resided in Auburn. 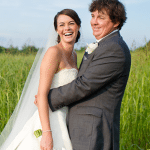 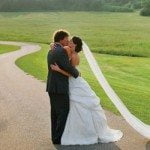 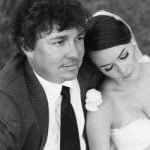 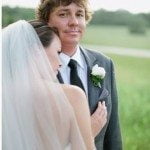 After almost three years of marriage brunette beauty Amanda and her PGA championship winner husband have had it with each other! Recent reports indicate the couple separated earlier this year and Amanda filed for divorce a month later.

The once happy couple is certainly no more, Amanda said in divorce docs an “irretrievable breakdown of the marriage” and that there was “a complete incompatibility of temperament that the parties can no longer live together.” Ouch!

But there is always money to make you happy, she will receive a gross sum of $2.5 million, and Jason Dufner will maintain ownership of two houses in Auburn, Ala., including one that is under construction on a 46-acre lot.

Leaving jokes aside, what do you think happened here or did you see it coming?

According to RadarOnline Amanda’s divorce and Tiger Woods’ split from Olympic athlete Lindsey Vonn are connected, a source told them that Tiger and Amanda started an affair while she was still together with PGA hubby Jason, he was devastated when he found out.

“Even though Tiger dated Lindsey for years, he had a ‘thing’ for Amanda,” a source told The ENQUIRER. “At first, it was just innocent flirting, but earlier this year it became serious.”

“Amanda is gorgeous, and she’s known as a big flirt with the other players on the PGA tour,” said another insider. “I guess her flirty ways and good looks caught Tiger’s eye.”

“Right now, the only sure thing about Amanda and Tiger’s relationship is that it will end with Tiger cheating on her!”

The ex-wife of Jason Dufner, Amanda Boyd has gotten herself a brand new pad! The lovely gal is said to have bought a house in Jupiter, Florida.

But the real news here is, the new home of the former PGA wife, is just miles away from Tiger Woods beachfront mansion.

According to Radar Online, sources are positive something is going on between Amanda and Woods. They allegedly had a steamy sexual fling last spring which not only ended his relationship with skiing champ Lindsey Vonn but also ended her marriage to Jason Dufner.

Although the pair has not been spotted together, sources claim is pretty shady an Alabama gal would settle in Florida.