You are here: Home / Tennis / Who is Chinesse Tennis Player Peng Shuai’s Boyfriend? 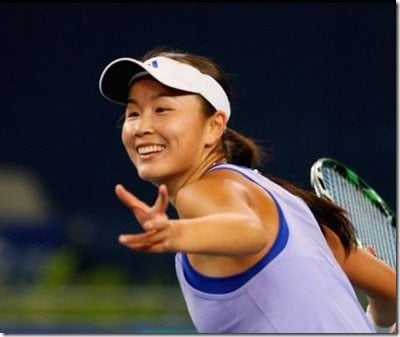 Chinese professional female tennis player, Peng is the woman of the hour as she is certainly enjoying her fantastic performance so far; unseeded Shuai Peng from China, who in absence of known Chinese player Li Na has made headlines with her extraordinary efforts at Flushing Meadows as she removed fourth seed Agnieszka Radwanska in second round to announce her arrival. She later ousted seeded players like Roberta Vinci and Lucie Safarova.

This week China’s No. 3 Peng secured a berth in her first-ever Grand Slam singles semifinal, doing so at the U.S. Open, where, prior to this year, she’d only made it past the third round on one occasion, in 2011. As a matter of fact, the 28-year-old Hunan native had never reached a major quarterfinal until this week.

During an emotional interview the 28-year-old could hide her excitement and how her hard work paid off. She acknowledged the support of her family and friends, saying they have always been encouraging her to do her best; we wondered, during her excitement did she forget to thank a boyfriend perhaps? 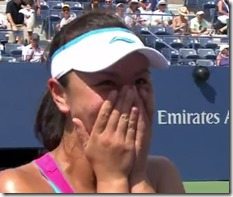 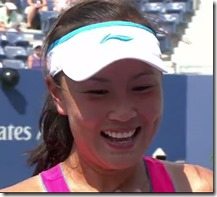 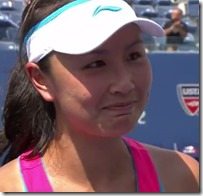 Peng, who has not dropped serve since the second round, is the second Chinese player to have reached the US Open semifinals, and the third Chinese player to reach the semifinals of a major. All of this occurred in her 37th major, and Peng says that at times she was considering giving up. Peng, who is currently the world’s No. 3 doubles player, became China’s first player to ever hold the No. 1 ranking when she reached the top spot in doubles earlier this season. She is a two-time Grand Slam champion in doubles. 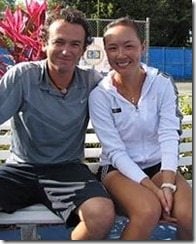 Peng took her career to the next level when in 2009 she began working with world-renowned tennis coach Tarik Benhabiles. 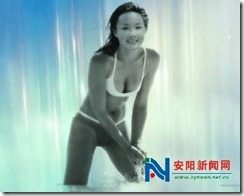 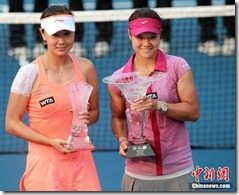 Shuai Peng has the capability to spring up more surprise already. She began playing at age eight when her uncle –who is a famous tennis coach in China –introduced her to the game. In 2001 she turned pro.

Peng is known for her stamina and plays with two hands on both sides and hits very flat. She has defeated many top 10 and top 5 players; she utilizes her double-handed play style to create flat groundstrokes with which she can catch her opponents off-guard.

Shuai knows is now or never and she is raising up to the occasion, what do you think of her? Would she defeat former world No. 1 Caroline Wozniacki in the semis?

Brazil’s goalkeeper Julio Cesar  has an insanely hot wife of his own, you probably know her since … END_OF_DOCUMENT_TOKEN_TO_BE_REPLACED 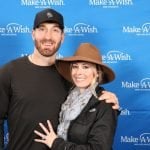 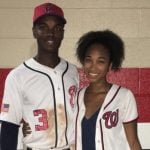