Jessica Peaty met Manchester City’s centre back player John Stones a few months ago, they enjoyed a cozy night together followed by months of dates, but what Peaty didn’t know about Stones is that he had a girlfriend. Millie Savage is more than a girlfriend. John has been dating his childhood sweetheart since they were 12.

Just before we can tell you about Jessica Peaty, let me tell you five interesting facts about Stones.

According to the Daily Star John Stones seduced Jessica Peaty at a restaurant in August. Ms. Peaty an event organizer asked him about the girl he had been dating for years, but he told her that he was no longer dating Millie Savage.

With that noted, Jessica felt it was OK to go out with Stones when he asked on a date in a message just a few days after they met.

Five days later they went out, and continue to see each other regularly and the ten weeks that followed where they talked for hours everyday, exchanged text messages and photos.

Peaty said she slept with John Stones in his £900-a-night suite at the Lowry Hotel in Salford she was happy to be with a guy she felt connected to, but it all turned upside down when she found photos of him with his still girlfriend Millie shopping.

Jessica needed to make sure if she had been lied to, and the best way was asking Millie.

Jessica contacted Ms. Savage on Instagram and asked her if she was still dating Stones. When Millie confirmed her doubts. Jessica promised her she would not see John ever again.

‘It felt like we were connecting. We had so much in common, it was effortless from the start,’

As far as we know Millie Savage and Stones are still together, however is not sure for how long.

Jessica Elle Peaty from Manchester graduated in 2013 from Canon Slade School. She studied English Literature at Pendleton College (Salford City College) and Marketing and communications at The Skills Company Manchester.

Back in 2013, she was a stylist at Karen Millen; two years later became a junior marketing assistant at K2L Marketing as well worked tending tables at the Neighborhood Restaurant.

Since March 2016, Jessica has been an event marketing executive for Selima.

Meet gorgeous Romarey Ventura, who might be the new girlfriend of soccer player, 26-year-old Jordi … END_OF_DOCUMENT_TOKEN_TO_BE_REPLACED 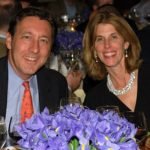 Ann Bodenheimer  Meet Mrs. Ann Bodenheimer; she is the beautiful and lovely wife of George … END_OF_DOCUMENT_TOKEN_TO_BE_REPLACED