Mechalle & Marselles Brown are the proud parents of NBA player Jaylen Brown. At 6-foot-7 and 233 pounds, is the outstanding shooting guard for the Boston Celtics who previously played college basketball for the Golden Bears at the University of California.

In his lone season with the Bears, he shot 29.4 percent from three-point range and 65.4 percent from the foul line while committing a team-high 108 fouls. Brown averaged 7.8 points on 10-for-48 shooting over his final five games. With Tyrone Wallace and Jabari Bird sidelined for the first round of the NCAA Tournament, he stumbled through a four-point, seven-turnover nightmare in a loss to Hawaii.

The former Pac-12 Freshman of the Year is certainly different from the rest. He interviewed five well-known agents before deciding to rely on a close circle of advisers in the lead-up to the draft. Said Brown to NBA TV:

Brown was selected to play in the 2015 McDonald’s All-American Boys Game. On May 1, 2015, Brown committed to play for the Golden Bears at theUniversity of California, Berkeley.

He took a graduate-level course in Cultural Studies of Sport in Education in the fall semester, learned to speak Spanish at a near-fluent level in his year in college, and aims to learn three languages by the age of 25. Brown who served as captain of his middle school chess team, is described as one of the most intellectual kids in the draft. He has interned at Base Venture, a California-based venture capital firm. 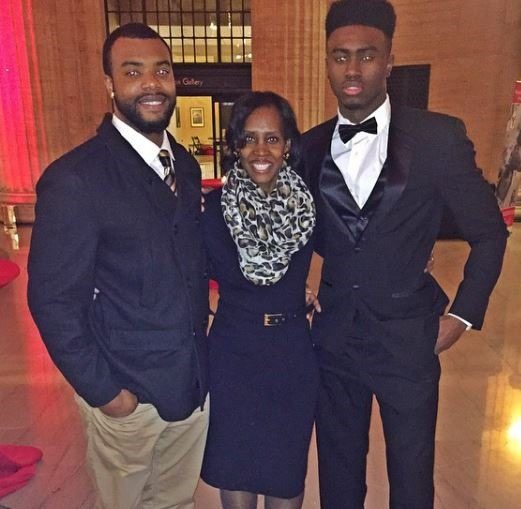 His mother calls him “Old Man,” due to his tendency to act like, an old man. Below Jaylen’s mother and his brother Quenton. 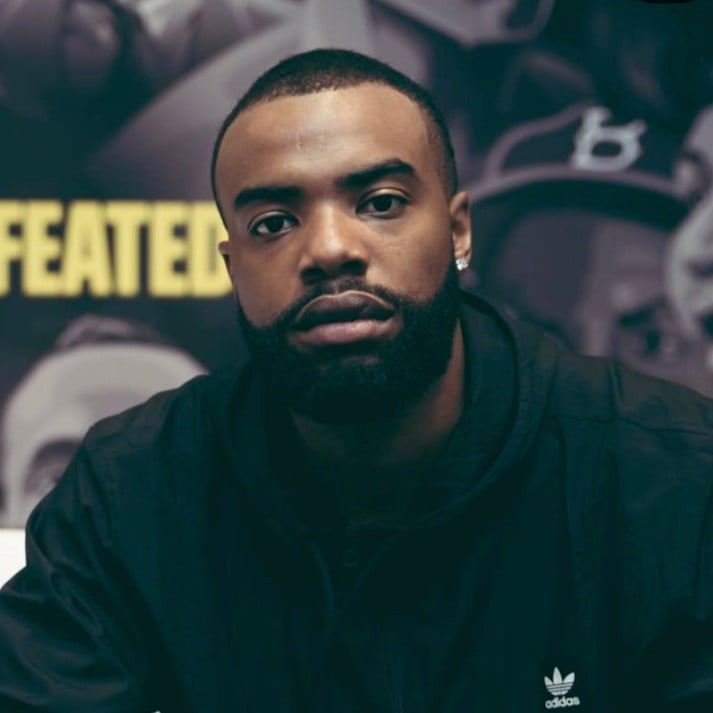 Mechalle & Marselles Brown’s older son Quenton Brown stands at 6’4, he was born Quenton Jerod Brown on May 24, 1987, he played college football (defensive lineman) at the University of West Georgia.  Quenton played in all 14 games for the Wolves before transferring to the University of Central Florida. 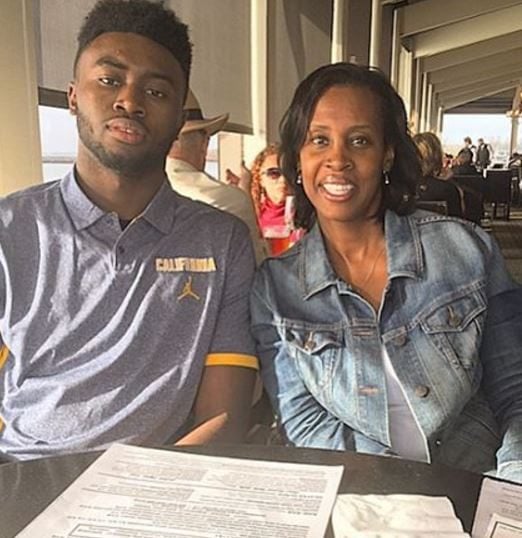 According to a LinkedIn profile, Mechalle Brown is a Claims Specialist working at Zurich Insurance and currently resides in Lilburn, Georgia. Mechalle was born Mechalle Dion Varnado on February 23, 1966. She raised Jaylon and Quenton Brown as a single mother, she worked different jobs and cleaned houses all while she worked on getting her Ph.D. at the University of Michigan. For Jaylen, his mom is his hero without a doubt.

“It was your lessons that allowed me to question inequality, inequality in education — and challenge and encourage the growth that we still have yet left to do. Your lessons have allowed me to learn that there are a group of people that are comfortable being that dominant group, and some people might think there’s nothing wrong with the world, and that it should stay the way it is.”

“I’m one of those people that challenges that, and thinks we still have a lot of growth ahead of us. Now, I hope I can continue to question inequality — inequality by design, inequality and education, and to work together with those who care like us, lesson by lesson to make a difference. Mom, I love you — thank you.” 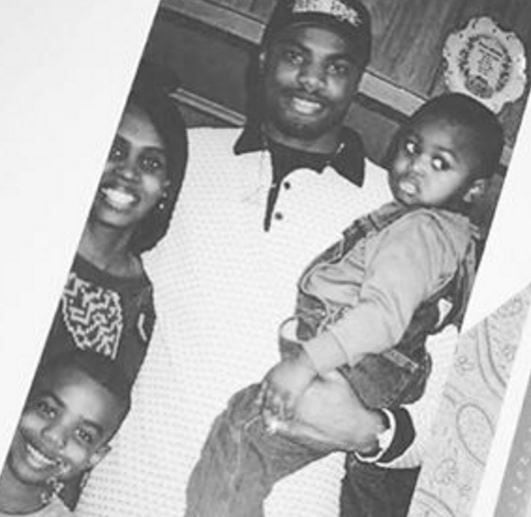 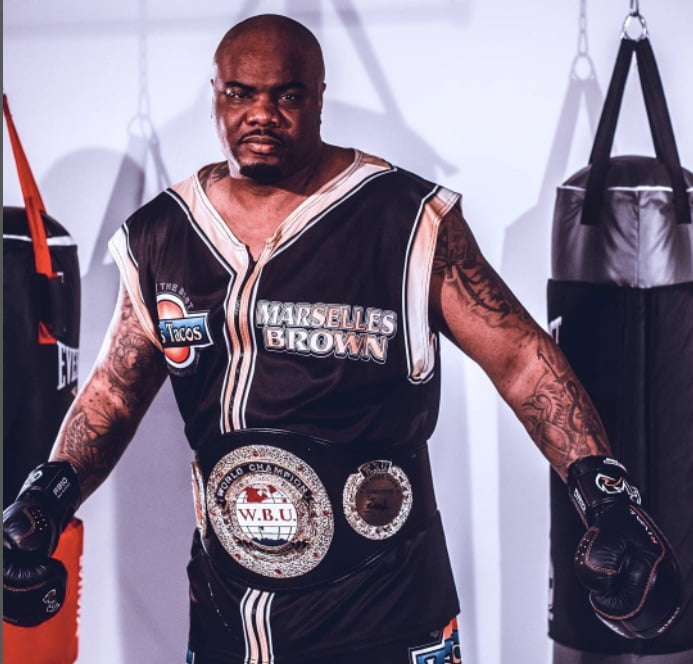 Not much info is available about his father, but there is a former Boxer with the same name, you can check out here and is also found as Marcellus Brown.

As of May 2022, Jaylen Brown seems to be single, he doesn’t have a girlfriend, or a wife and no children either. 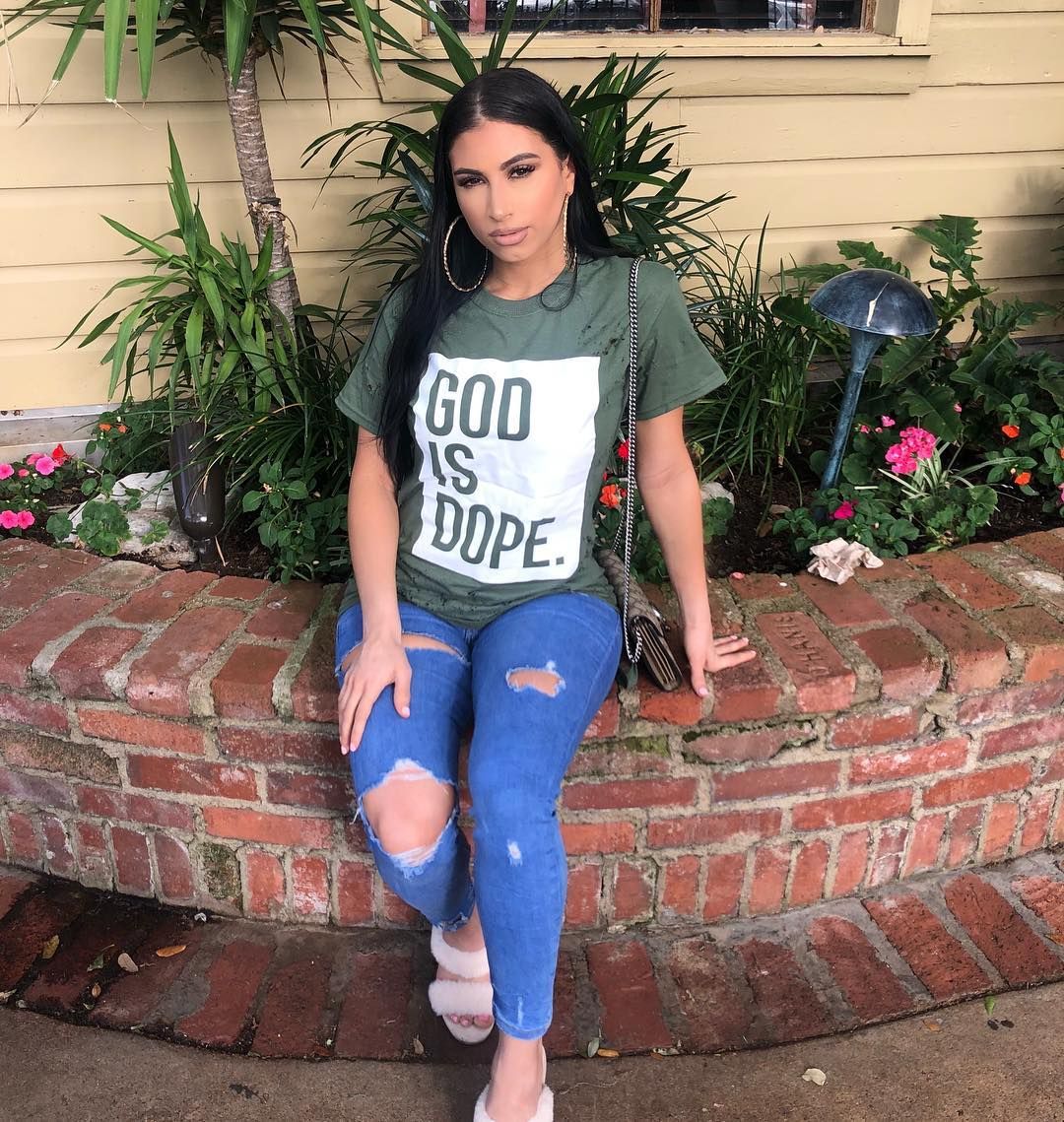 Pretty Jacqueline Hawileh came into the Wag radar thanks to the guys at Sports Gossip in 2019,

Zwolle, Louisiana native Jacqueline Hawileh was born on September 7, 1994. Her parents are George Hawileh and Marlo Pugh, also proud parents to their other three children, daughter Stacey and sons Jared and Matthew.

Ms. Hawileh attended Zwolle High School, Hamilton Christian Academy, and later Northwestern State and Temple College of Texas. While she was at Northwestern State, Jacqueline ran track and field and pursued a degree in criminal justice.

In April 2021, Awesemo reported not only that Jaylen Brown was dating R&B singer H.E.R but also that Jayson Tatum was dating British R&B singer Ella Mai. As for Brown and H.E.R it turned out it was just a rumor.

You can check out Jaylen Brown on Twitter here.