Crystal’s hubby has been a huge factor to the Bulls success, the 43-year-old is on his third season as head coach of the UB men’s basketball program after completing the best season in a school history by a first-year coach during his first year in 2015-16 where Oats led the Bulls to a 20-win season and their second straight trip to the NCAA Tournament.

Born on October 13, 1974; as Nathanael J. Oats, the Wisconsin native attended Maranatha Baptist University –where he was a captain and All-Conference performer. He graduated with a degree in Math Education. It was at Maranatha where he also began his coaching career as an assistant coach in the late 90’s. He then took the same job at the University of Wisconsin-Whitewater from 2000-02.

According to this official bio on the Bulls website, prior to joining the team, Oats completed 11 seasons as head coach at Romulus High School in Michigan. 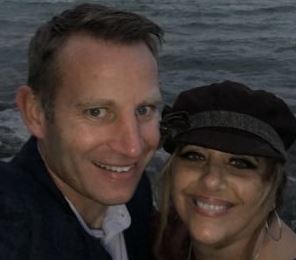 Nate and his lovely wife Crystal have been married since 1997. The two met while attending Maranatha. Since their nuptials, they have expanded the family. Together they are the proud parents to three adorable girls. Crystal Oats is the proud mother of 14-year-old Lexie, 9-year-old Jocie and 6-year-old Brielle.

Crystal Oats has been as supportive as they come. Since the couple met, they dreamt of the day her husband would be named head coach but when it finally happened back in 2015 she was too sick to even attend a game. Crystal whose regular seat is behind the bench was diagnosed with double hit lymphoma just weeks before her husband’s first game as a Division I head coach.

The coach’s wife and mom of three got six rounds of chemo and received a bone marrow transplant and has no sign of cancer coming back.