Stacy’s husband was born Michael Darrow Greenberg to parents Harriet and Arnold Greenberg. The NY native attended the United Nations International School. He is a graduated from Stuyvesant High School in Manhattan. The son of writer parents, went on to attend the prestigious Medill School of Journalism on the campus of Northwestern University.

Following his college graduation he held a number of roles in the Chicago are, including anchoring for local radio stations WSCR and WMAQ, writing columns for the Copley News Service, and reporting for SportsChannel Chicago.

Mike also known as “Greeny,” joined ESPN in September 1996 as an anchor for the November launch of ESPNEWS. He later anchored SportsCenter for many years, even long after Mike & Mike launched on January 3, 2000.

Greenberg has also been part of ESPN Radio major feats.

In 2007, Greenberg’s first book, Why My Wife Thinks I’m an Idiot, spent five weeks on the N.Y. Times Best Sellers list and was nominated for a Quill Award.

In April 2010, Greenberg, along with Golic, released Mike & Mike’s Rules for Sports and Life which reached number 3 on the N.Y. Times Best Sellers List.

Mike has writen two novels. In 2013 he debuted his first novel, All You Could Ask For, as a tribute after a family friend, Heidi Armitage –who lost her battle to breast cancer in 2009.

Last year Greenber was inducted to the NAB Hall of Fame and into Northwestern’s Medill Hall of Achievement.

But Mike isn’t the only writer in his household and he sure isn’t the cutest either. 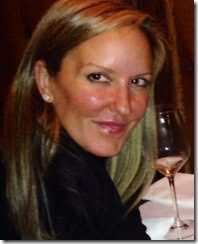 Greenberg and his wife, Stacy, have been married since 1997 and live in Westport, Connecticut.

Stacy Greenberg is a columnist for Pursuits and a frequent contributor for ESPN radio and has frequently appeared on Mike & Mike.

But her heart is in marketing. Stacy Greenberg also known as Mrs. Greeny is a former luxury hotel marketing consultant.

She’s worked in the travel and marketing industries for over 15 years. For over a decade Stacy Greenberg worked at Starwood Hotels and Resorts Worldwide in the Director of Marketing for the St. Regis and Sheraton brands and Senior Director for Starwood Residences roles. Prior to Starwood, Stacy worked as Manager of Marketing for Hyatt Hotels. You can check out her LinkedIn here.

At Pursuits she is required to interview celebrities and athletes bringing an insight into their lives and travel habits.

Stacy Steponate is a Chicago native, she also used to run a blog called Gate1A.com.

Nowadays her husband makes millions, but when they first got together, Stacy was the breadwinner, according to interview in which her hubby was promoting his book Why My Wife Thinks I’m an Idiot.

Stacy and Mike tied the knot in 1997 after meeting in Chicago. The blonde is the proud mother of the couple’s two children: 16-year-old Nicole and 14-year-old Stephen.

Recent reports indicate her hubby will leave Mike & Mike to host his own show.

You can check out Stacy Greenberg on Twitter here.