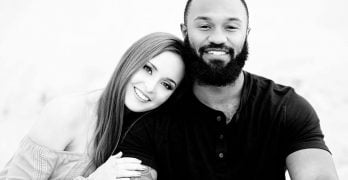 Megan Perine Meet Megan Perine; she is the gorgeous wife of NFL player Samaje Perine, a running back for the Washington Redskins. Prior to joining the Redskins during the NFL Draft in 2017, Perine played college football for the Oklahoma Sooners at the University of Oklahoma. Megan’s stud was born on September 16, 1995, in […]