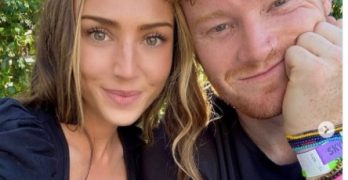 Kaylee Gambadoro Meet Kaylee Gambadoro; this stunning girl is according to sources the new girlfriend of MLB player Clint Frazier, the outfielder currently playing for the New York Yankees. Frazier was initially drafted by the Cleveland Indians, in the first round (5th overall) during the 2013 MLB draft. The Indians subsequently traded him to the […]