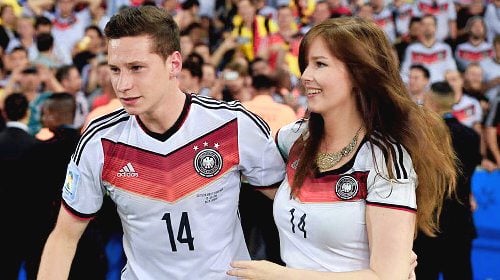 Lena Stiffel This pretty gal is Lena Stiffel; the girlfriend of the young German soccer player Julian Draxler. Her boyfriend is currently playing for Paris Saint Germain. He also played for Wolfsburg and prior to that, he played with Schalke in the Bundesliga. Lena for sure became famous after the 2014 World Cup, when Julian pulled her […]