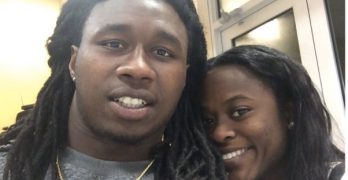 Tala Powell Check out the exquisite Tala Powell; she is the longtime girlfriend of NFL player Sammy Watkins, the wide receiver for the Kansas City Chiefs. Watkins also played for the Buffalo Bills and played college football with the Clemson Tigers at Clemson University in South Carolina, prior to the NFL. No doubt you all know that […] 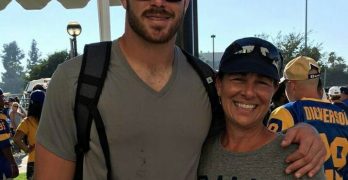 Lori Higbee Meet Mrs. Lori Higbee; she is the beautiful and amazing mother of NFL player Tyler Higbee. Her son is the handsome and impressive 6’6″ tight end for the Los Angeles Rams. Tyler also played college football at Western Kentucky University prior to getting drafted by the Rams in the fourth round (110th overall) […] 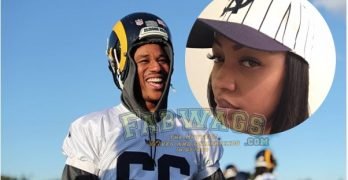 Jayla Pittman Have you met Jayla Pittman? she is the longtime girlfriend of NFL player Marcus Peters, the spectacular 6’0″ cornerback for the Los Angeles Rams who prior to signing with Sean McVay‘s team played with the Kansas City Chiefs. Peters and Jayla have been together since he played college football for the Huskies at the University […] 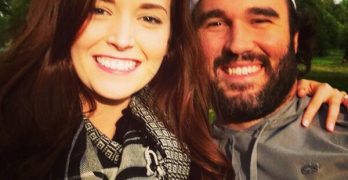 Ariel Sullivan Ariel Sullivan is the beautiful wife of Los Angeles Rams 6’4″ center John Sullivan, who previously played for the Washington Redskins and the Minnesota Vikings. Sullivan played for the Notre Dame Fighting Irish prior to being drafted by the Vikings during the sixth round of the 2008 NFL Draft. John’s wife Ariel, was born […] 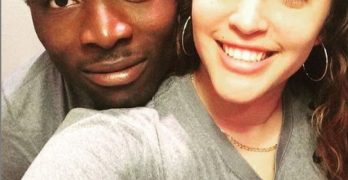 Blime Macias Have you met Cory Littleton’s pretty girlfriend? Her name is Blime Macias, not only is this gorgeous gal his girlfriend, but the proud mother of Littleton’s two beautiful children. Blime’s stud Cory Littleton is as you all probably know the talented 6’3″ linebacker for the Los Angeles Rams, who also played college football for the […] 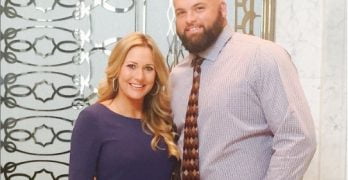 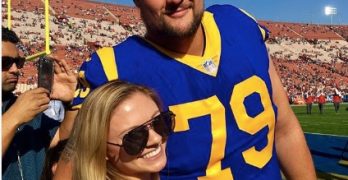 Meaghan Havenstein This pretty gal is Meaghan Havenstein; she is the gorgeous wife of Los Angeles Rams’ offensive tackle Rob Havenstein. The Rams drafted him in the 2nd round (57th overall) in the 2015 NFL Draft. RELATED STORY: MEET LOS ANGELES RAMS WAGS!! Prior to that, he played for the Badgers at the University of Wisconsin-Madison. […] 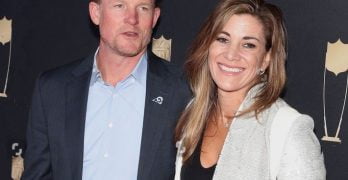 Kara Henderson Kara Henderson is a sports reporter for the NFL Network; but in addition to that, she is the pretty and lovely wife of Les Snead, the general manager for the Los Angeles Rams. Prior to joining Stan Kroenke’s team, Les was the director id player personnel of the Atlanta Falcons, where he initially […] 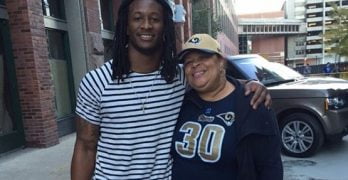 Darlene Simmons Mrs. Darlene Simmons is the beautiful and amazing mother of Todd Gurley; her son is the 6’1 running back for the Los Angeles Rams. Prior to going pro, Todd played with the Bulldogs at the University of Georgia and for the Vikings at Tarboro High school in North Carolina before that. In addition […]