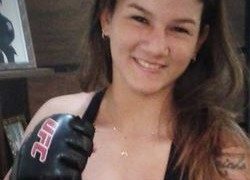 Meet Monique Bastos Monique Bastos is the MMA fighter who kicked major when thieves attempted to rob her! The Brazilian chick was on her way to jiu-jitsu training when she was attacked by two men! Don’t feel too bad for Monique Bastos though, images of her holding one of the thieves have gone viral since! […]