You are here: Home / Archives for Patrick Bartosak girlfriend in Marchester 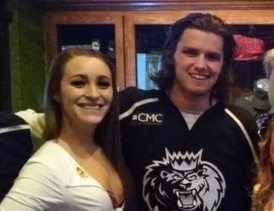 Patrik Bartosak Patrik Bartosak was arrested for domestic violence for trying to strangle his girlfriend, whose identity has not been revealed, at least not yet. Patrik Bartosak who is a goalie for the Los Angeles Kings was suspended as he faces a felony charge of second degree, seven domestic simple assault charges and three criminal […]