You are here: Home / Tennis / Who is Daniela Hantuchova’s Boyfriend? 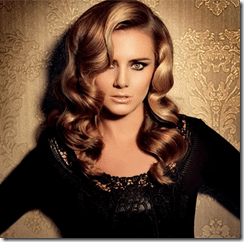 Hands down one of the most glamorous tennis players out there is gorgeous Daniel Hantuchova! The 30-year-old Slovak has been around the circuit for more than a decade when she turned pro in 1999 and three years later had her breakthrough year, winning her first WTA tournament.

The golden locks tennis player was born on April 23, 1983 in Poprad, Czechoslovakia. In 2002, she won her first Tier I tournament. She became the fifth female to win the mixed doubles title in all Grand Slam tournaments. And yes she is the player who appeared nude on the July 2012 edition of ESPN: The Magazine’s The Body Issue. As of 2012, she resides in Monte Carlo, Monaco.

Dani has had a few relationships, back in 2006 the then 23-year-old was spotted with a mystery blond guy who was said stayed with her at the flat she was renting near Wimbledon town center during the 2006 Ladies Singles title in The Championships at Wimbledon’s All England Lawn Tennis Club, in South West London. 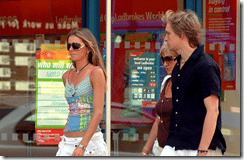 Then in 2009 she also dated Dutch footballer Wesley Sneijder. Since she has had several boyfriends but not celebrity status but rather common mortals.

The right handed player has won more than $8 million in prize money and is currently ranked number 48 in singles. 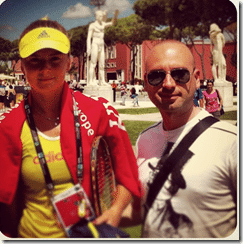 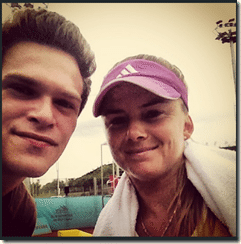 The beauty definitely knows how to fun, although she likes to keep her personal life private and does not elaborate much, she’s seen often hanging out and having a good time with friends. She sure had a nice time with surfing pro Julian Wilson! 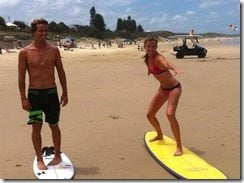 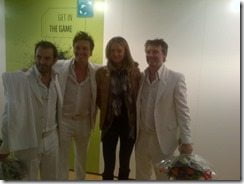 She’s also been linked to Jamie Parker from Melbourne Australia and to her mixed doubles partner Fabio Fognini from Italy.

So who can she be dating from all the action?? She is certainly a guy magnet! 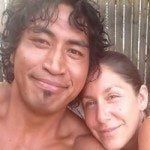