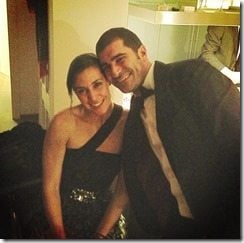 From the waters of the Mediterranean Sea, 31-year-old tennis player Flavia Pennetta has put the name of Italy in high claiming the Fed Cup a few years back! Because when it comes to action at the court there is no other Italian like her! She quickly became a superstar in the sport ever since she turned pro in 2000 and she might just make some history this year at the U.S open!

She is definitely a tough chick, there’s the heartrending public breakup with Carlos Moya that we all fell sorry for! So she definitely deserves some good old fashion happiness right!

We know Flavia likes her share of man, so we wonder who is the Italian stunner dating now a days? Could it be the half naked guy on her twitter? Literally! You can see him here, but anyways could this guy named Marco Faggiano be the one? At least according to him yes! On his twitter you find more than a few pictures of Pennetta and him with little quotes like “mio tesoro” meaning “my treasure” or sending her kisses! Aw how romantic! 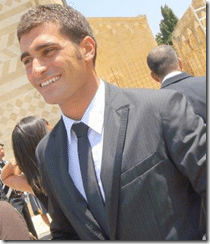 There is something about Italian man huh! So manly! Well we also found his Facebook profile where he continues to have more pictures with the player! 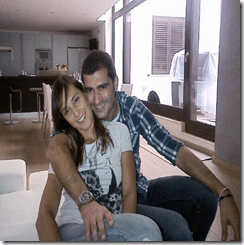 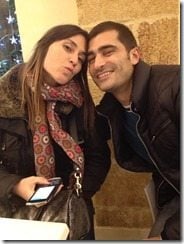 So what we can tell you about him is that, this guy is a little bit of an exhibitionist! He likes to go “nekkid” from time to time posting his images but other than that, Marco or “Marquito” is an employee of the Public Transport Company of Brindisi; according to his Facebook profile he attended I.T.C Marco Lenio Flacco high school in Brindisi, Italy which happens to be he same Italian city where Flavia was born! Could they just really close friend or maybe an old flame sparking again?

Anyway we wish Pennetta all the best! You can see more pictures of the couple on his twitter account here.