You are here: Home / Archives for Jerry Sloan cause of death 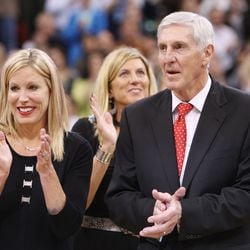 Tammy Jessop Sloan Meet lovely Mrs. Tammy Jessop Sloan! She is the second wife of former NBA player and coach Jerry Sloan. Her husband played for the Baltimore Bullets, now Washington Wizards from 1965-66, and for the Chicago Bulls from 1966 until his retirement in 1976. Subsequently in 1978, he started a coaching career as […]