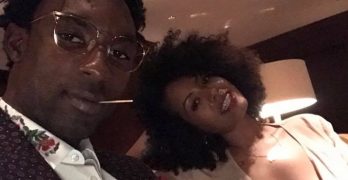 Ashley Banks This lovely young lady is Ashley Banks; she is the beautiful girlfriend of former NBA player Ben Gordon. The British 6’3″ shooting guard, also played at the University of Connecticut prior to being drafted by the Chicago Bulls in 2004. Gordon joined the Pistons in 2009; the Charlotte Hornets (then Bobcats) in 2012; […]