Meet Frankie Barwell, the girlfriend of Manchester United young player, James Wilson. The 19-year-old player who plays as a striker for Manchester United, has also represented England at under-16 and under-19 level.

But is not Wilson of whom we want to tell you about in this opportunity. His pretty girlfriend, miss Barwell is making her first headlines all by herself. 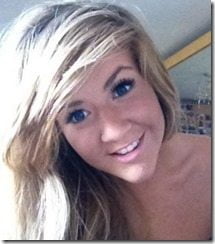 The pretty blonde, posted a picture of herself on Instagram with the caption: ‘Remember, people only rain on your parade because they’re jealous of your sun and tired of their shade.’

And we couldn’t agree more! Frankie fired back after she was mocked on the Twitter account of a company called ‘Odds Checker Au’ after she was pictured arriving at the club’s Player of the Year Awards with James. 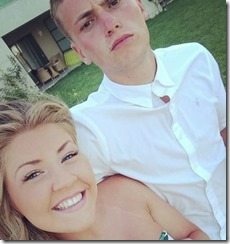 Reports indicate, Frankie was attacked by an Australian betting firm that tweeted: ‘Sure she’s a lovely girl but someone needs to remind James Wilson he’s a pro footballer. Start abusing this privilege.’

The post sparked outrage among users and many fired back in support of Frankie. Since then the tweet has been removed and the website tweeted an apology.

According to her Facebook page she attended Biddulph High School and is currently a student at Manchester Metropolitan University.

We wish the couple the best!