Meet Sandra Montoto Domínguez! She is the stunning girlfriend of Spanish soccer player Denis Suarez, one of the young players with Spanish soccer team FC Barcelona.

Suarez an attacking midfielder first joined Barca in 2013, however it was until 2016 that he got to make his major debut with Barcelona.

He signed a four-year contract with Barcelona on August 22, 2013. He was assigned to Barcelona’s segunda division team. In July 2014, he was loaned to Sevilla.

As noted Denis Suarez is the dating the lovely, Sandra Montono. Surely many of you know that not only she is an attractive young lady, but also a favorite Wag among Barca’s fans.

Check five facts about her below.

More photos and video of the lovebirds below 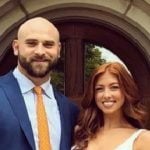 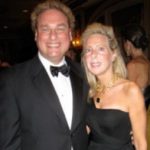 Mindy Franklin Have you met Mindy Franklin? She is the lovely and gorgeous wife of Randy Levine, … END_OF_DOCUMENT_TOKEN_TO_BE_REPLACED