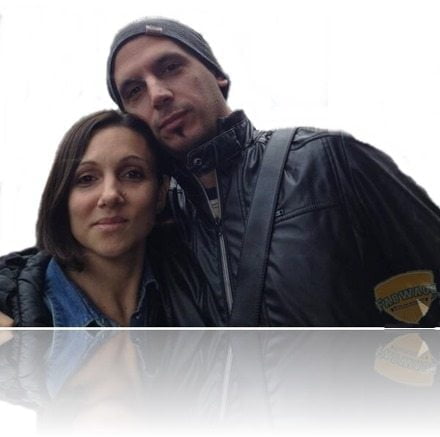 Veronica Brunati found out her husband Argentine Reporter Jorge el Topo Lopez for Diario Ole had died  when someone send their condolences to her via Twitter, she had no idea what happened.

38-year-old Jorge Lopez aka El Topo Lopez was a dear, kind and hard working sports reporter currently working for Diario Ole was following Argentina in Brazil, the team recently advanced to the final at the FIFA World Cup in Brazil.

The Argentine team defeated the Dutch team 4-2 in a penalty shootout at Arena Corinthians in Sao Paulo on Wednesday to book the second spot in the World Cup final, Messi dedicated their triumph to his dear friend. 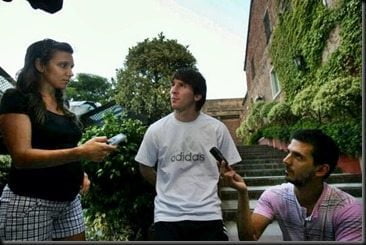 ‘Big hug to all the Argentina fans and a very special memory for Jorge ‘Topo’ Lopez,’ wrote Messi, who was selected for random drug testing after they won 4-2 on penalties.

‘This victory is especially for you, my friend. A big hug to the family, lots of strength.’ 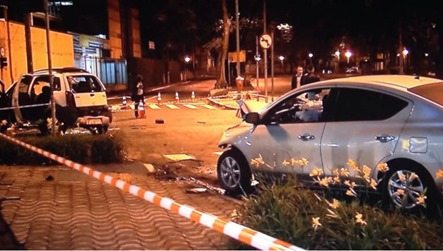 Mr. Lopez was killed that morning when a taxi he was travelling in on the way back to his hotel was hit by a stolen car being chased by police. Jorge Lopez was ejected from the vehicle from impact, and landed on the other side of the street.  Witnesses who saw the accident said Jorge was bleeding profusely. The taxi driver was treated for minor injuries at a local hospital, the three drivers of the stolen car did not suffered any injuries,  two of them were minors, they were arrested at the scene. 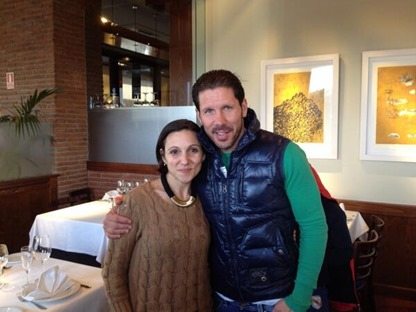 Atletico  Madrid’s coach Diego Simeone send his  condolences to  Lopez’s wife Veronica Brunati on  Twitter, unaware that she hadn’t seen the news about her husband.. 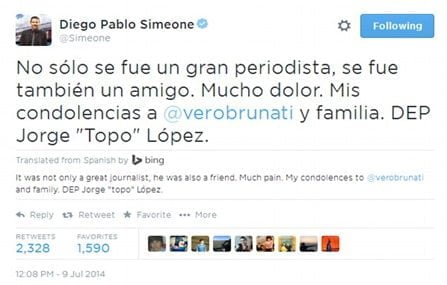 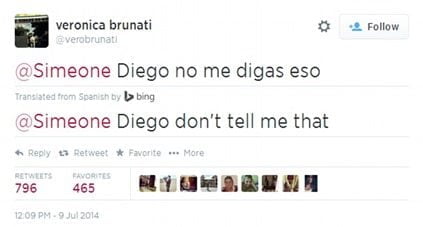 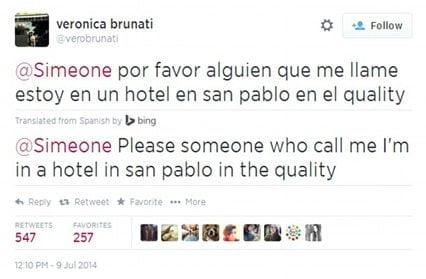 Veronica Marcela Brunati, Jorge’s widow  also from Argentina, graduated in 1995 from Liceo Nacional #12 Fray Mamerto Esquiu, studied in the social science  faculties of UBA and received her degree in journalism in 2004. Veronica Brunati has been a correspondent for La Marca in Madrid, Spain since 2005. 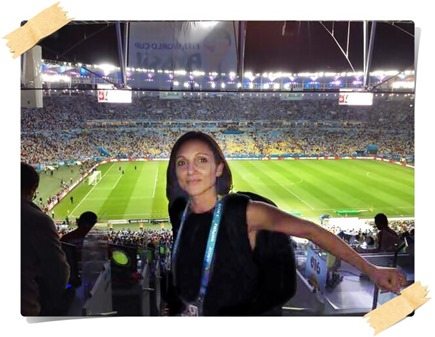 Veronica and Jorge have three beautiful children together, daughters Lara and Lucia and son Agustin. 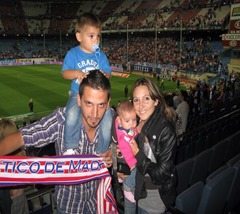 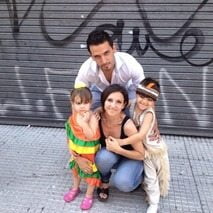 Our thoughts and prayers are with Veronica and her children throughout this sad time. Fuerza Vero,  todo nuestro amor esta con vos y  tus nenes!

Meet Daniella Semaan, this beautiful brunette is Cesc Fabregas’ girlfriend and even though his ex … END_OF_DOCUMENT_TOKEN_TO_BE_REPLACED 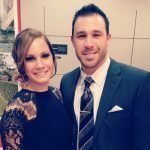