Her hubby became interested in football at age 8, he began his career at Corinthians and eventually broke into the first team while still in his teens. Willian Borges da Silva, born 9 August 1988 in Brazil, started his career at Corinthians; before joining Shakhtar in August 2007 for a fee of $19 million. Willian has also represented Brazil. on 31 January 2013 Vanessa’s hubby joined Russian side Anzhi. In the space of ten months, he swapped eastern Europe for Chelsea, a move that he had dreamt of for years. 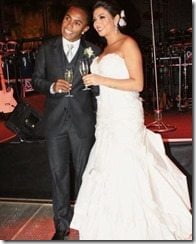 The lively winger and Vanessa Martins tied the knot in 2011, before that she was his longtime love having been in a relationship for 4-years. Vanessa Rodrigues Martins who is a lawyer by profession is six-years his senior. She was 29 and he was 23 when they said “I Do”

Singer Léo Santana –who is a friend of the couple –animated their wedding.

Soon after their nuptials Vanessa and her hubby welcomed twin daughters. She gave birth to Manuella and Valentina Willian on February 9, 2012. 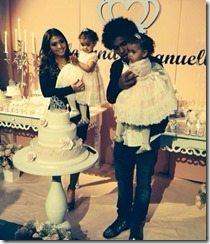 PinA lively winger, he helped Brazil to victory in the South American Under-20 Championship in January 2007 and went on to represent his country in the FIFA U-20 World Cup in Canada later that year, reaching the quarter-finals. Joined Shakhtar on a five-year contract in August 2007 and won the Ukrainian double in his first season. 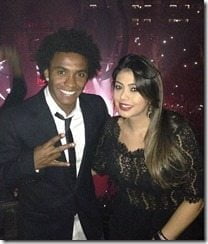 Martins seems to enjoy her relax profile and doesn’t seem to have any social accounts but you can see tons of her pictures on her hubby’s Instagram.