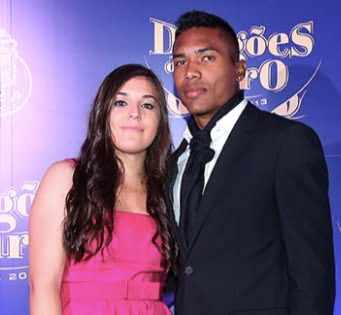 Have you met Natalia Regina? She is the stunning wife of Brazilian soccer player Alex Sandro, who is the left back for Italian team Juventus. In addition to playing wit the Seria A team whose stadium is located in Turin, Sandro plays for the Brazilian national team.

No doubt all of you Juve fans, know all about Sandro, after all, e’ una storia di un grande amore; but for all of you who aren’t familiar with the Cantanduva native, let me tell you his story in these five curious facts.

Unfortunately, there isn’t much about Natalia Regina; like her stud, she was born and raised in Brazil. Natalia gave birth to their first child together, daughter Alexia on October 8, 2016.

Sandro posted a photo of him sucking his thumb on Instagram two months ago, likely because Natalia is pregnant again. Congrats!!