Brionne Vigee Alford is the pretty wife of NFL player Robert Alford. He is a cornerback player for the Atlanta Falcons. Prior to the NFL, played college football for the Southeastern Louisiana Lions football at Southeastern Louisiana University. Alford is one of the children born to Robert Cox and Gloria Bridgewater in Hammond, Louisiana. His older brothers Fred Booker and Duke Adams played for the New Orleans Saints and the Detroit Lions respectively.

Brionne’s NFL stud graduated from Hammond High Magnet School, in addition to football, Robert also ran track & field for the Tornadoes. After high school, he went to Southeastern Louisiana where he pursued a major in psychology and continued to play football.

The Atlanta Falcons selected him in the second round, with the 60th overall pick in the 2013 NFL Draft.

Finally, the moment we have been waiting, let’s check out Mrs. Alford. 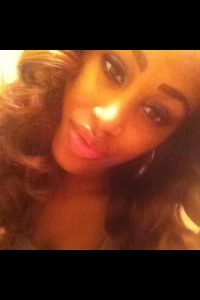 Mrs. Alford is actually not yet married, but she will be pretty soon. Brionne, 25, was born Brionne Jidor Vigee on August 15, 1991, in Hammond, Louisiana; to Dawn Travis Vigee and Leonard Travis. Brionne has one younger brother.

Back in November 2015, Brionne had a minor problem, she was arrested in Gwinnett County, Ga because she was driving without a license.

Robert and Brionne met and started dating at Hammond High Magnet High school and continued together all the thru college, like him, picture perfect Brionne graduated from Southeastern Louisiana with a Bachelor of science. 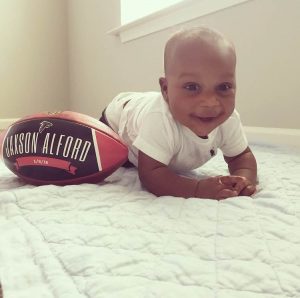 The lovebirds are the proud parents of their adorable son Jaxson Alford, born on March 8, 2016. Robert and Brionne will tie the knot on April 21, 2017, in Buford, Georgia.

You can also check her out here