Meet Mrs. Virginia Alcaraz! She is the beautiful, caring, and proud mother of Spanish tennis player Carlos Alcaraz, the young professional player who became the youngest competing at the US Open in 2022 after he reached the quarterfinals following his win over Marin Cilic in five sets. At the age of 19, he won his first Grand Slam when he defeated Casper Ruud in four sets at the US Open on September 11, 2022. 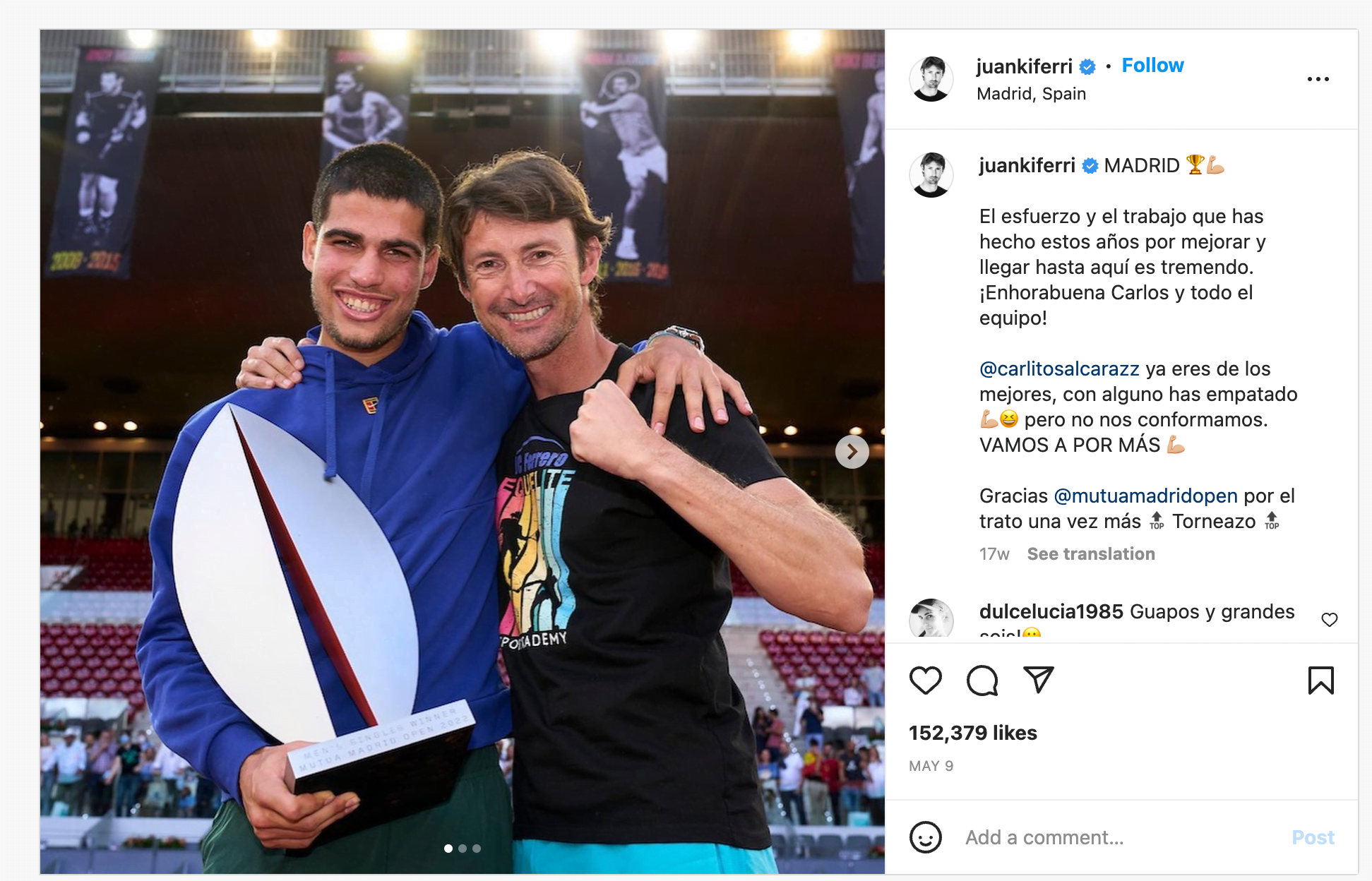 Carlos Alcaraz’s current coach is retired Spanish tennis player Juan Carlos Ferrero, 42, the former World Number 1 (September 8, 2003), who won the French Open in 2003 has been working with Alcaraz since 2019; together, they have won four titles, which includes two 4 Masters 1000 titles, the first at the Madrid Open in 2021, against Adrian Mannarino and the second at the 2022 Miami Open against Casper Rudd.

Carlos Alcaraz has endorsement deals with Rolex, Nike, and Babolat. 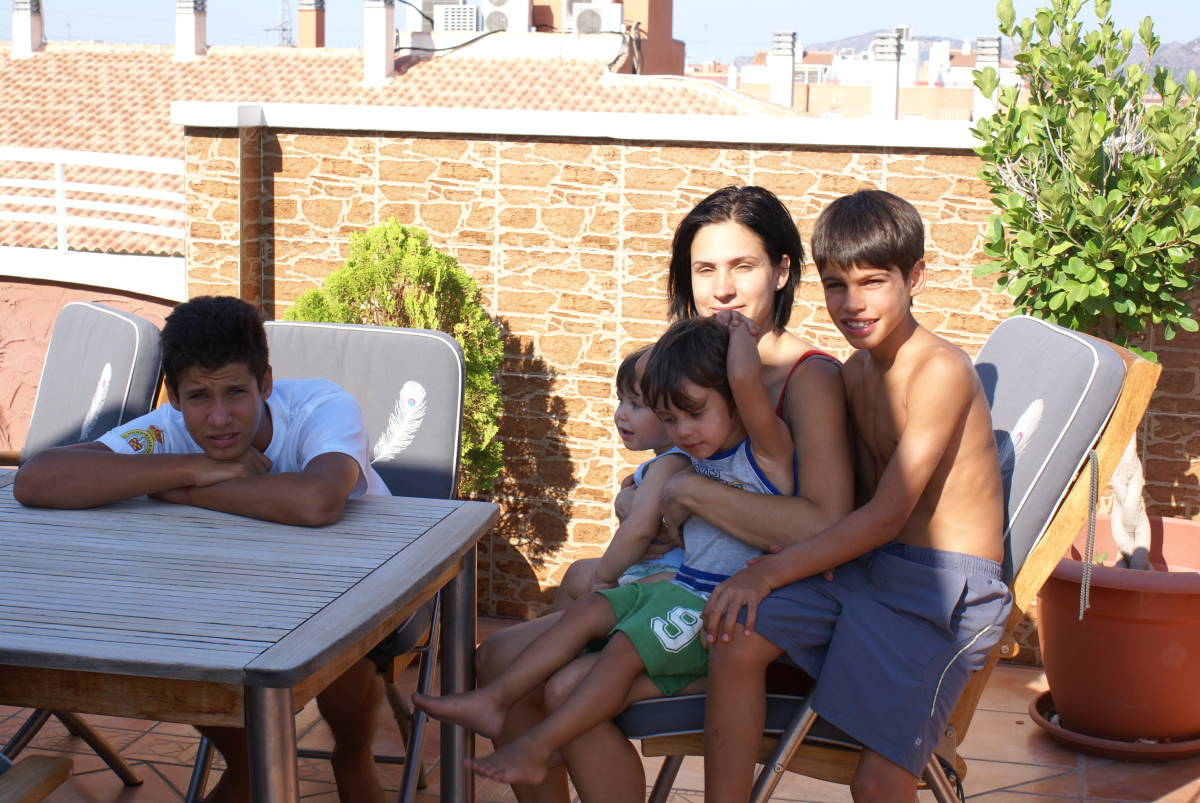 Carlos Alcaraz is one of four children born to Virginia and Carlos Alcaraz the former director at the Real Sociedad Club de Campo, where Carlos started playing tennis. Carlos brothers are Alvaro, Sergio and Jaime Alcaraz. 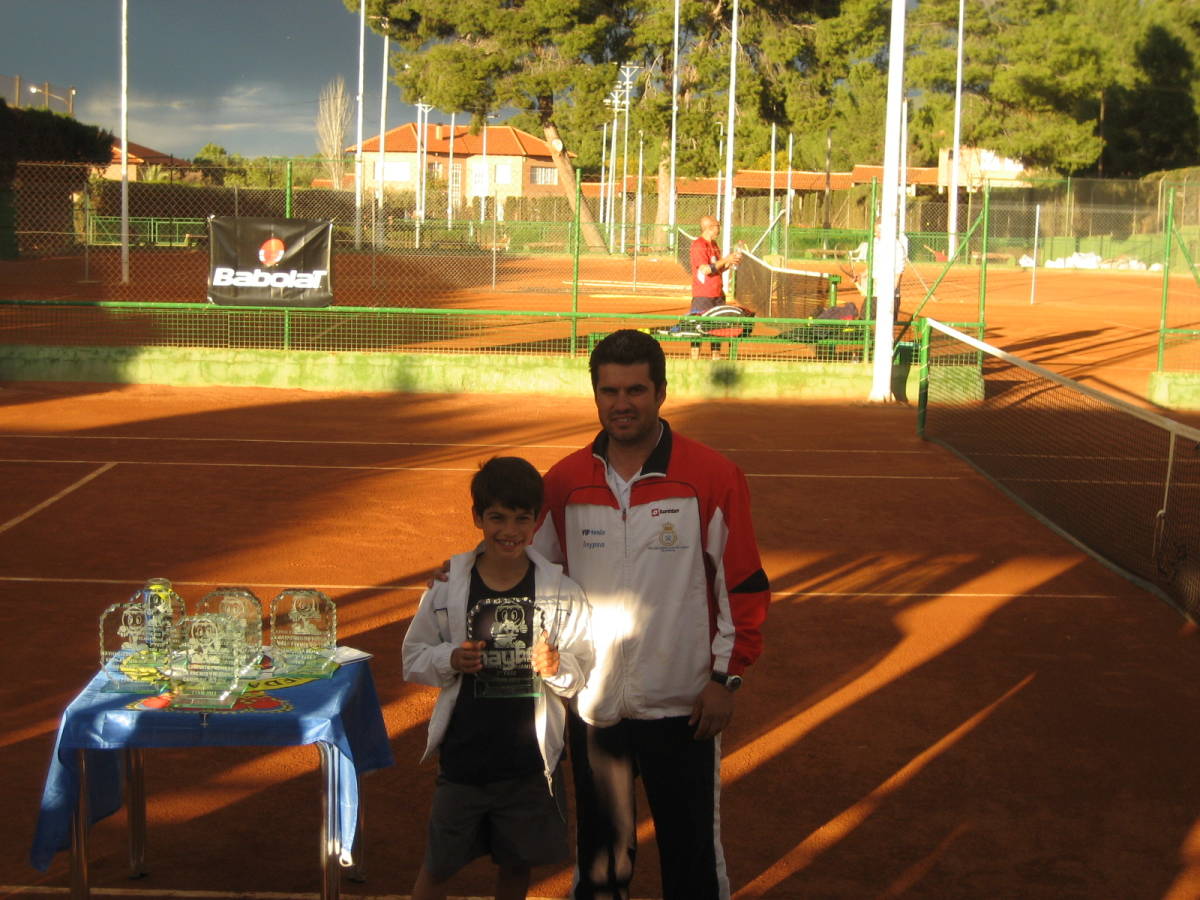 Carlos’ dad Mr. Carlos Alcaraz Gonzalez, 50,  has been a tennis trainer since he was 28; when he was younger, he dreamt of becoming a tennis player; unfortunately, their economic status at home was not optimal and he never had the chance to become a pro.

“When Carlos was 14, they offered me to send him to the Bruguera Tennis Academy in Barcelona, but I couldn’t because I had to pay 80,000 pesetas, and I only earned 60,000.  They asked for 40,000 for his training and another 40 for his expenses, and I couldn’t give him what he needed. He had to stay and travel to his matches by train in Murcia to Valencia and Madrid, my son was runner-up in Spain.” Carlos’ grandfather told El Espanol.

Virginia Garfia also known as Virginia Alcaraz, is first and foremost a wife and mother; little is known about her, but she hardly misses one of her son’s games, even though, for her is not really her cup of tea. 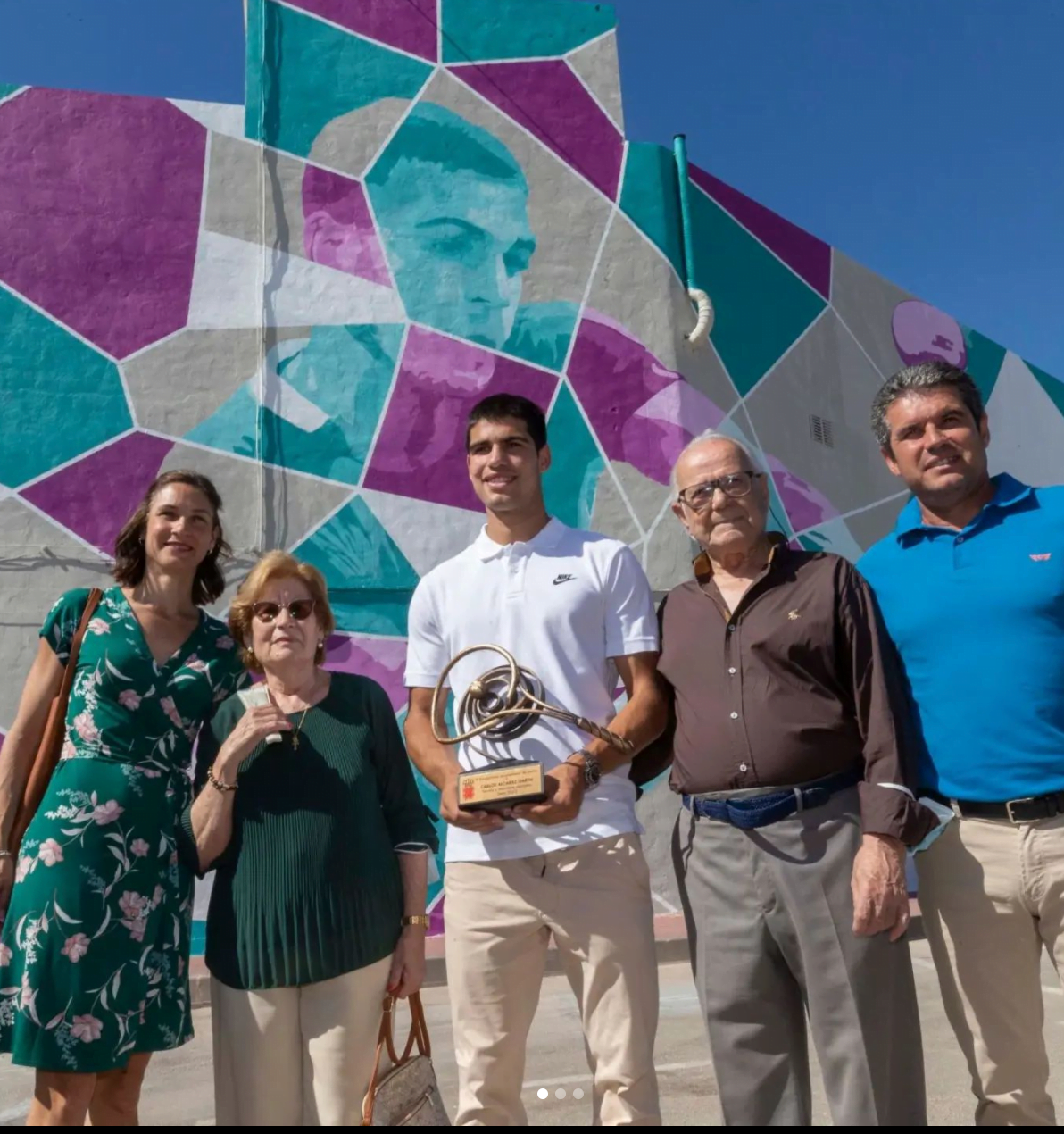 Carlos Alcaraz’ mother is Virginia Garfia, who, even though her husband was involved ed in tennis when they were dating and all of her sons play tennis, still has a hard time watching Carlos’ matches. 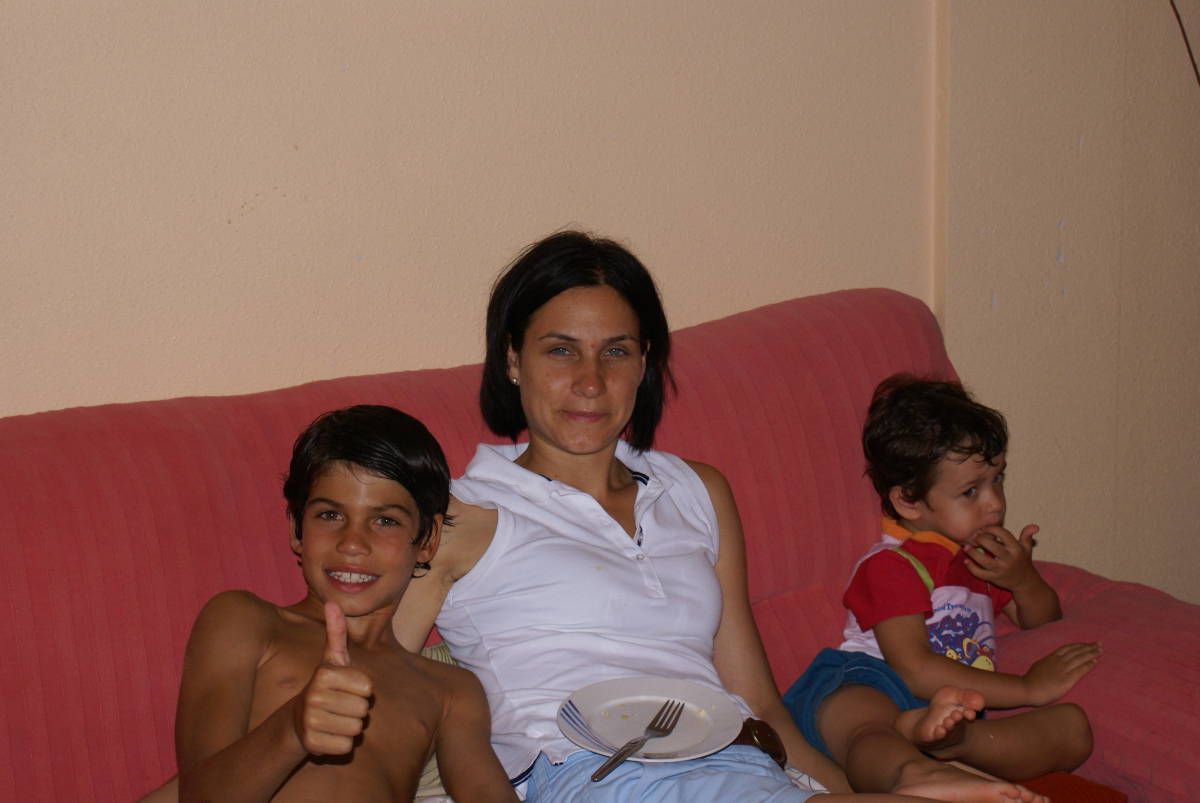 “I try to deal with the situation in the most normal way possible and the truth is that I speak little with him about tennis, but I have a very bad time when I see him play and I assume that it is something I have to get used to.”

It’s been nearly two years since Carlos Alcaraz broke up with his girlfriend María González Giménez. 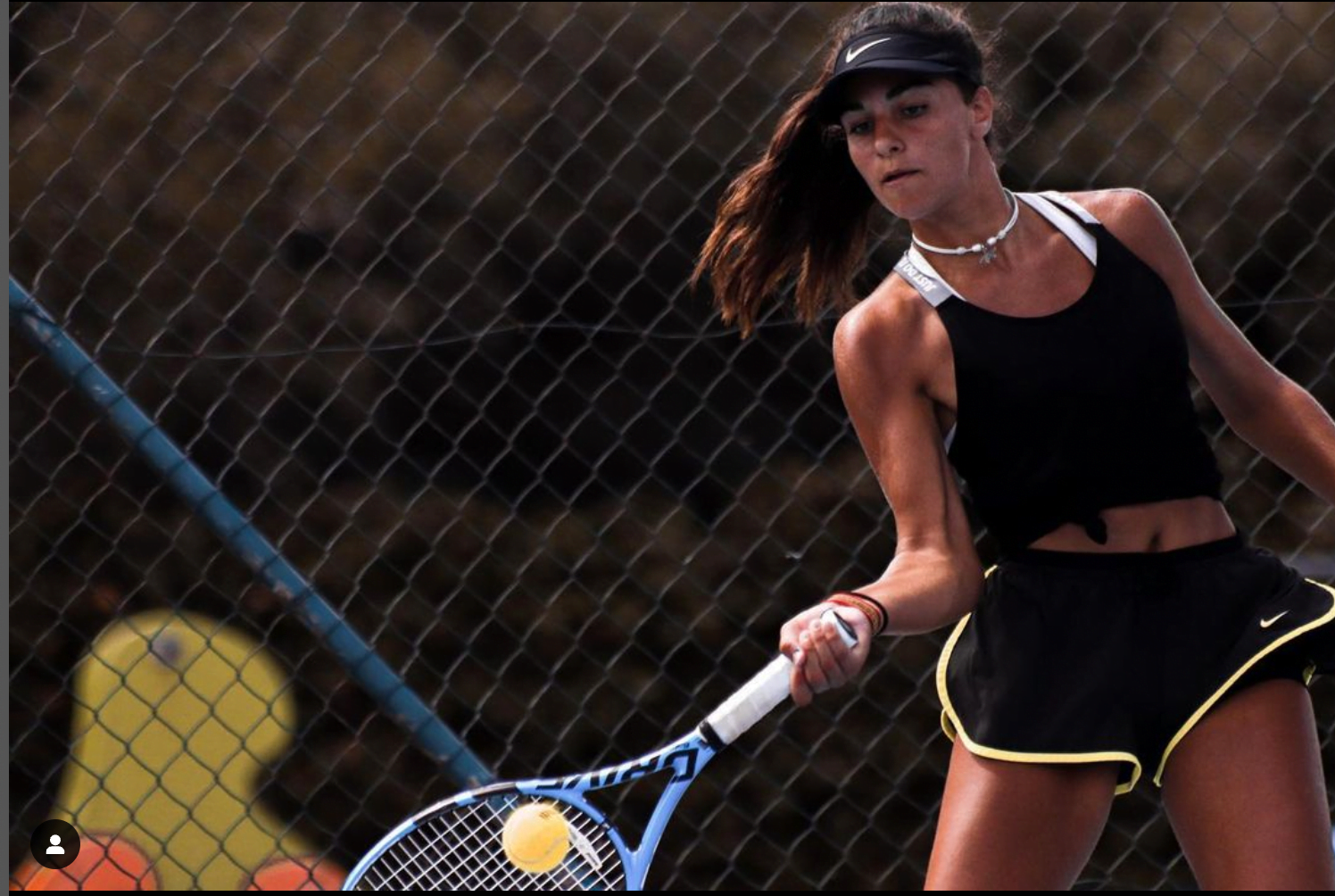 Carlos Alcaraz most recent GF was Maria Gonzalez Gimenez, who he has known since they were children. Maria is also a tennis player from Murcia, Spain, who plays at Real Murcia Club and studies Billingual Law in Murcia. 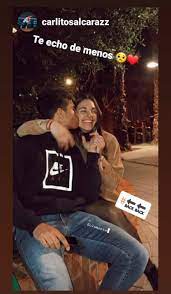 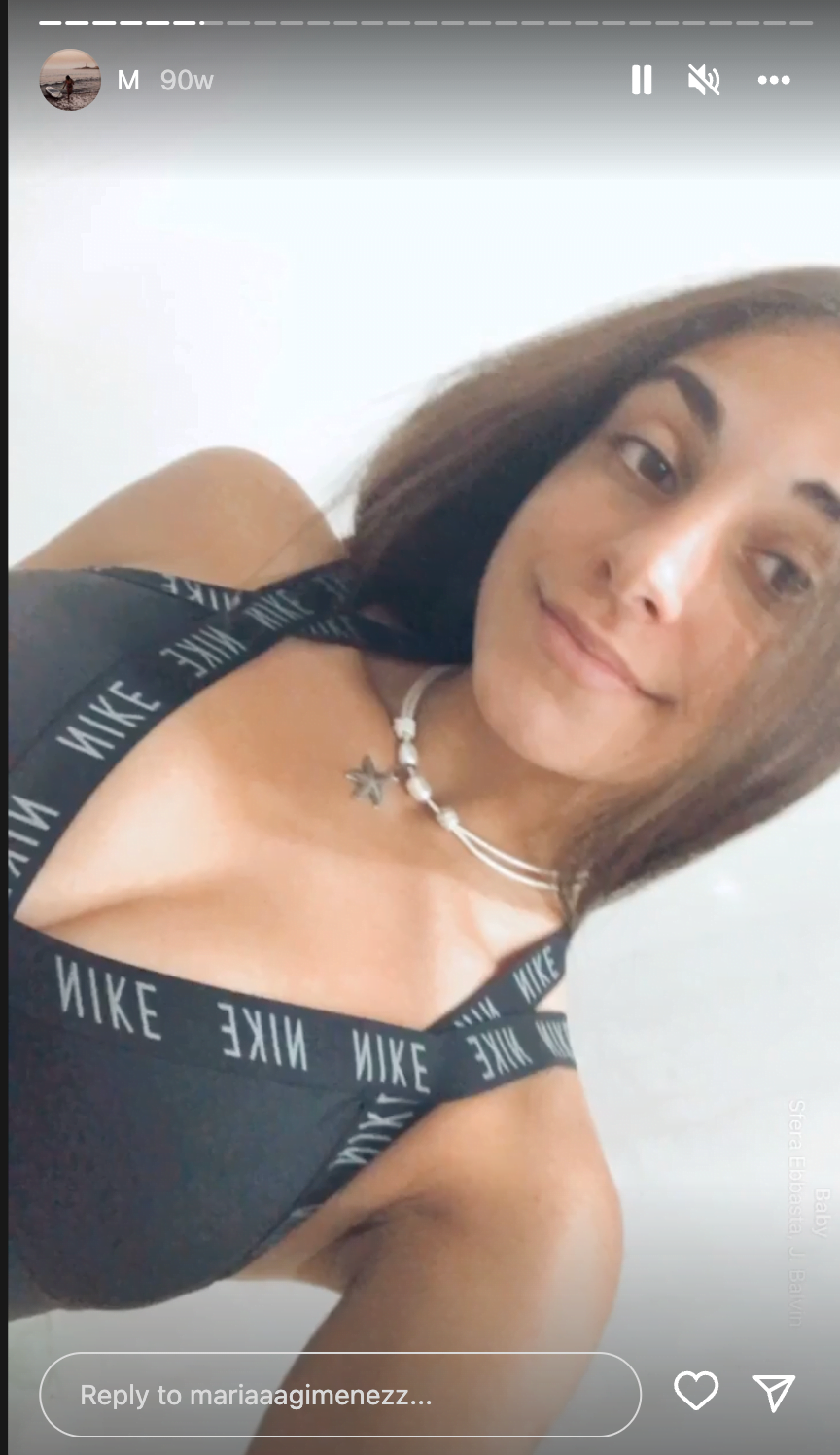 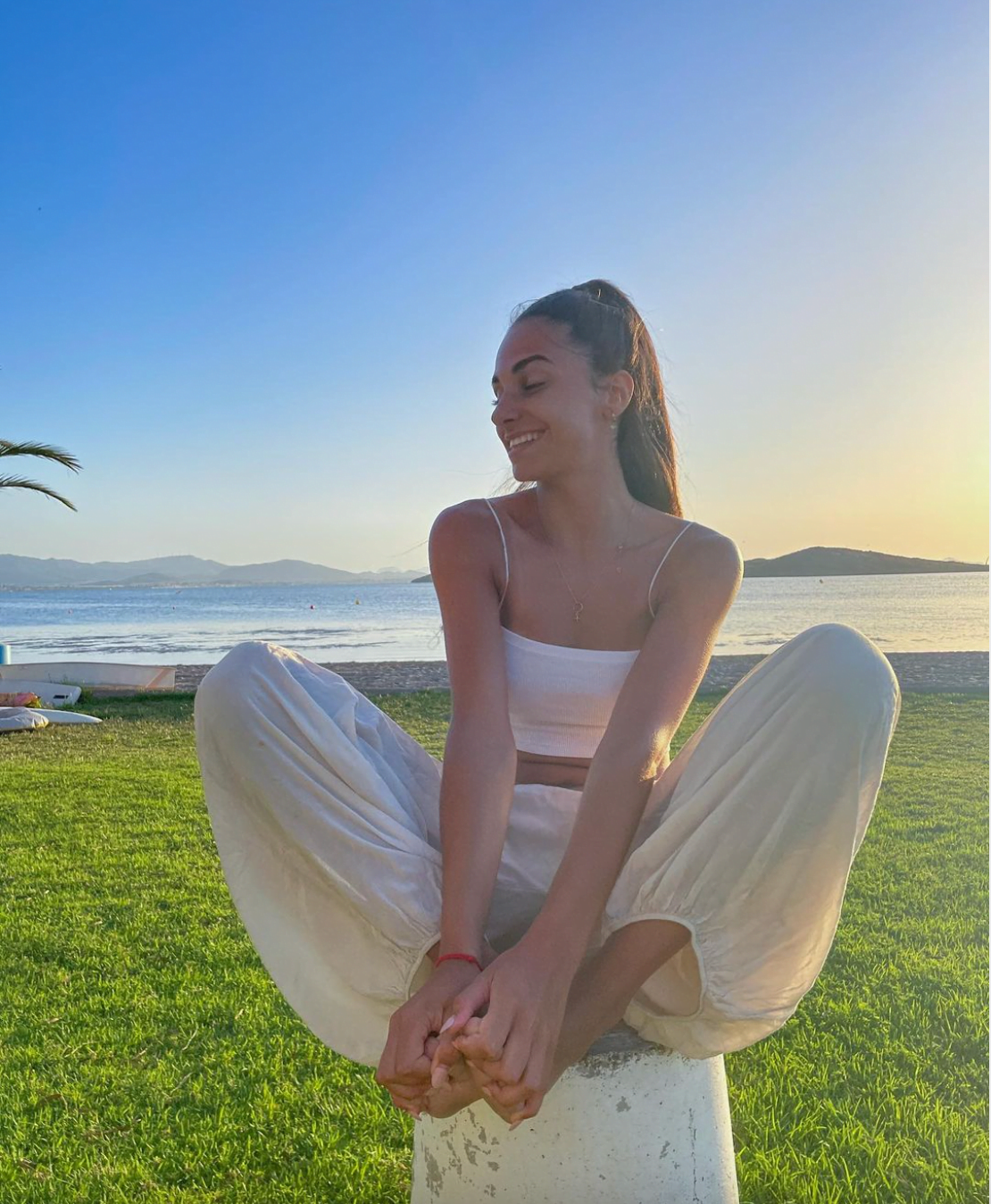