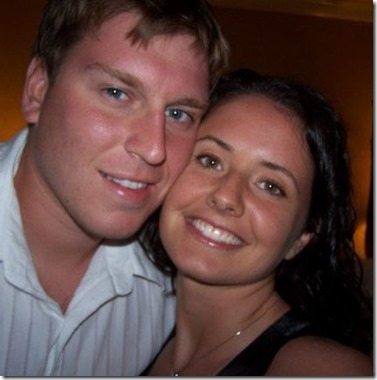 Meet pretty Cindy Ellis, the wife of MLB player A.J Ellis. Her husband is currently a catcher playing for the Los Angeles Dodgers.

The 33-year-old hasn’t had an easy 2014 regular season, which made him miss a big chunk of the season and hit just .191 with only 12 extra-base hits in 93 games but his offensive resurgence through the first two games of the NLDS against the Cardinals can only be the doing of his lovely wife, Cindy! 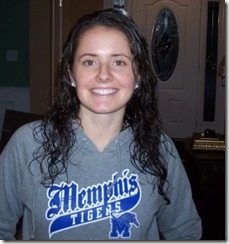 Thanks to the care, love and support of his wife Ellis seems to be back! The couple has been married for a while now and have expanded the family, adding a few more adorable members.

Milwaukee, Wisconsin native was born Cindy Wall. In 2000 she graduated from Pius XI High School. According to her FB page, she then went on to Austin Peay State University and graduated in 2005 from Art Institute of Washington with a Culinary Arts Bachelorate. 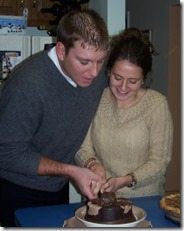 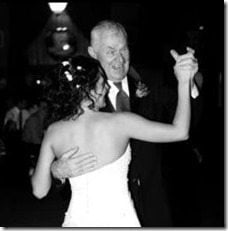 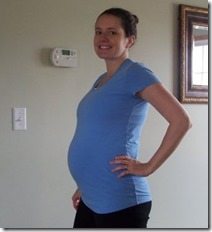 From April 2006 to September 2007 she worked at Ponte Vedra Inn & Club as their Baker/Pastry Chef. She and her hubby met while both attended Austin Peay State University. They fell for each other, tied the knot and became parents. Cindy gave birth to the couple’s first child in 2008, a daughter Ainsley Kate Ellis arrived into the world while her daddy was out playing ball. 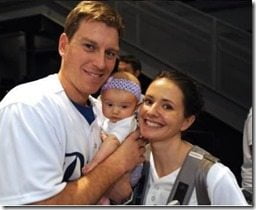 Two more children came from the same place; second child is son, Luke, who was born in 2010. A.J. was away playing baseball when his daughter, Ainsley, and son, Luke, 2, were born but for the birth of Audrey Elizabeth Ellis in 2012 an interesting story happened. The Ellises welcomed their third child on Interstate 43 in Milwaukee, as A.J. and Cindy couldn’t get to the hospital on time! 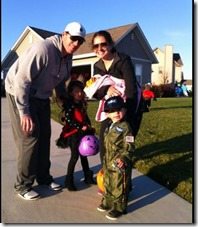 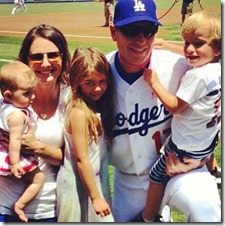 That is one awesome story, after the couple was welcomed by a half-dozen doctors and nurses, many of whom were curious to meet this baby born in a car, they determined mommy and baby were in perfect shape.