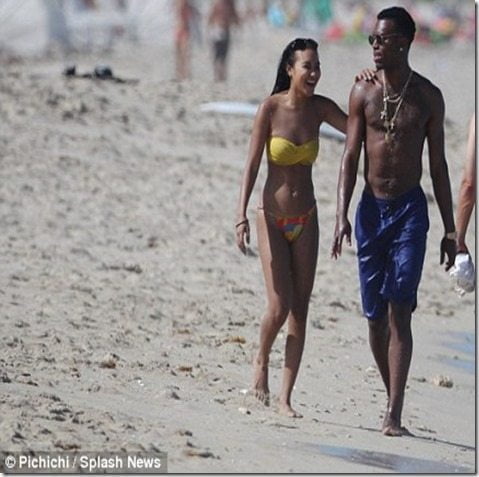 First to take off was Andy Carroll now Liverpool striker Daniel Sturridge is following his steps by going away for the summer! A well deserved break before the Brazil World Cup, why not! And even better if you have some gorgeous lady next to you!

The 24-year-old Birmingham native was spotted with a mystery woman soaking up the sun in Miami! So who is the gorgeous girl Daniel is enjoying his break with? Take a look at the pictures below! 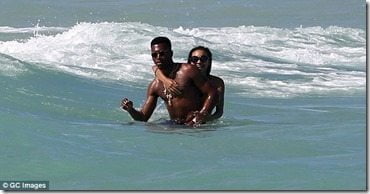 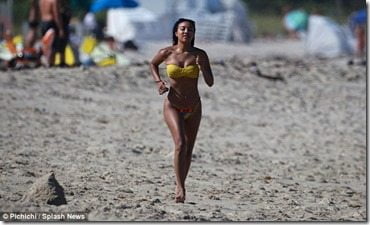 Daniel and his mystery woman were clearly relaxing in Miami this week before meeting up with the England squad ahead of the World Cup. She was having the time of her life running along the sand, playing in the water and hugging the 24-year-old star – who has been named in England’s World Cup squad for the upcoming tournament. She wore a two-piece bikini allowing to see her toned and fitted figure. Daniel’s look on the other hand, seemed he could be mistaken for some rapper instead of a football star.

Daniel who was recently romantically linked to supermodel Jourdan Dunn, appeared to be having a great time as well, frolicking in the sea with the bikini babe, Dailymail reports.

The relaxing session included lots of fun as she was photographed laughing during their stroll on the beach.

So still no word on who she is but definitely in top-ten list don’t you think? Daniel who is a big music lover is also big on giving back. His milestones include Premier League Winner: 2009–10; FA Cup Winner: 2009–10, 2011–12; FA Community Shield Winner: 2009; UEFA Champions League Winner: 2011–12; Manchester City Young Player of the Year: 2008–09 and did you know his dad played at Birmingham under Sir Alf Ramsey and his two uncles were both professional footballers at the time?!

Keep coming back for updates, for sure will be hearing more about her. In the meanwhile you can check his Twitter here.