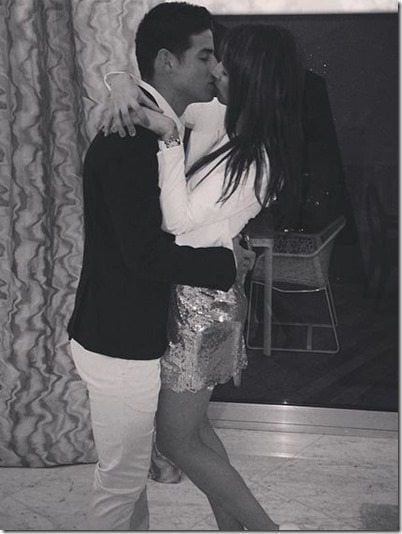 Meet beautiful Colombian Daniela Ospina, the wife of AS Monaco number ten, James David Rodríguez Rubio, better known only as James; many have ranked her hubby as one of the world’s best young players.

The 22-year-old tied the knot to his lovely wife at age 19 in 2011, Daniela was at the time 18-years-old. She is the younger sister of goalkeeper David Ospina and is also an athlete and most recently became a mother to the couple’s only child so far.

Daniela and her hubby became the proud parents of a beautiful baby girl whom they named Salome. 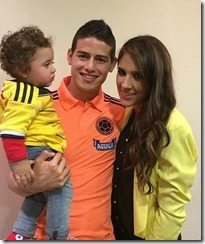 2013 was a very positive year for James and his wife, his move to Monaco of France for 45 million euros coincided with the birth of their firstborn: he was excited to announce the news of the arrival of his daughter on Twitter last May 29:

“today in Medellin was born my daughter Salome, everything went very smoothly! I am very happy with this blessing. “

“Interestingly David (Daniela’s brother) had nothing to do with our relationship. I had a friend who knew James and she was the one who introduced me. It was love at first sight, “Daniela told in an interview. “My mother told me: ‘I do not want to see a footballer ever in life’, but it was destiny” joked Daniela, who is now the envy of many women. 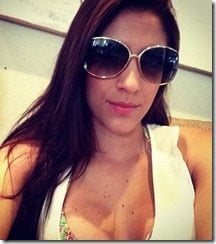 Those who are close to the young couple say that they make a perfect match, and lead a quiet life and very healthy, as both are athletes. Before moving to Europe, Daniela played at the Volleyball Team Antioquia. In the few interviews she has given to the media she says they both enjoyed just to hang out at home.

“I try to make room for our separate activities; we both need space sometimes: he with his football, his Play Station, the dog, and me with my volleyball, my fitness and my studies,”

Said the mother of one, who is an online Business Management student. She is also very active on her social media accounts and has over 21k followers on Twitter; we are guessing fans like to see her and her great looks! 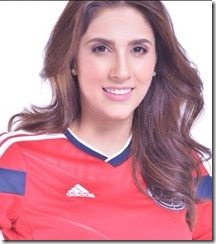 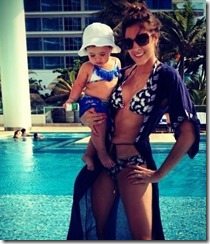 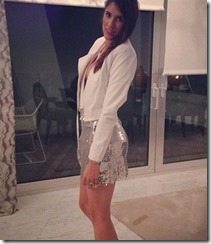 The couple who currently lives in France says they both speak to their daughter in Spanish and that when she’s older they will remind her she is also a Colombian and what a great country it is.

What do you think of their plan?