Meet Faye Howard; she was the beautiful girlfriend of British soccer player Billy O’Brien. O’Brien the former goalkeeper for Manchester United, nowadays playing for Macclesfield Town received a final text from his girlfriend Ms. Howard, moments prior to her death.

According to recent reports, Faye hanged herself, after struggling with depression caused a health condition. According to the DailyMail, she suffered from Pelvic Floor Dyssynergia after being prescribed Amitriptyline for regular migraines.

“The condition then begun to ‘take its toll’ on her and she struggled to hold down employment. She was teased at work and told by a manager, ‘I am not here to babysit you.”

Faye Howard, 25, from Liverpool, was a former sports science at John Moores; she met Billy through social media in 2015; they started dating on July 3, that same year.

“I met Faye in 2015 via social media and things became quite serious quite quickly. Whilst we were on holiday together she began to suffer from really bad stomach pains and constipation and she saw a doctor when we returned to the UK.

“Over the months I think this began to take its toll on Faye, particularly as there was no sign of it improving. In January 2017 , I was sent to Scotland for work and initially, Faye came with but could not find employment and moved back to Manchester and this put a strain on the relationship.”

“In May 2016 the problems got worse and she canceled going on holiday because she was worried that she would bring me down.”

“It was clear that Faye was not in a good place and she said she felt like a burden. She decided to move out and go home where she would feel more comfortable.

‘It was very hard because we loved each other more than anything else in the world.

‘After that, she told me she was having thoughts about wrapping her car around a tree or putting tablets out on the table but she explained to me that she would not do it and that it was just a bad moment.

‘I had planned to see her that Friday on my return from Scotland for a meal. When she sent me those text messages on the 29th of June I knew they were serious and I called the police to express my concerns.’ 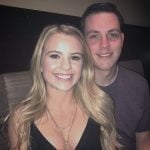 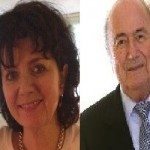