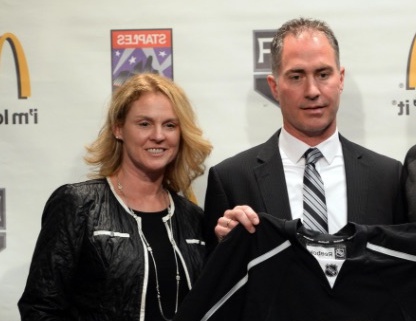 Prior to coaching, he played as a defenseman for the Philadelphia Flyers who also selected him in the 1984 NHL Draft. Coach Stevens initially joined the Kings in June 2010 as an assistant coach.

John Stevens and his lovely wife Stacy have two sons together; John Jr. and Nolan, both hockey players. John Jr. first played at Dubuque High School, later with the Northeastern University Huskies, eventually signed with the New York Islanders and is currently playing for the AHL’s team the Bridgeport Sound Tigers.

Nolan like his big bro John played for the Northeastern University Huskies until the St. Louis Blues selected him in the 5th round (125th overall) in the 2016 NHL Draft.