Kether Clouder is the boyfriend of Britain’s breakout tennis star, Johanna Konta. The 24-year-old has made an historic appearance in the Australian Open semi-final.

Konta –who was born in Sydney, Australia, to Hungarian parents, and moved to the UK in 2005 aged 14 –will face German world No 6, Angelique Kerber,for a place in the tournament’s final.

According to The Guardian, it will be the first time a British woman has played a Grand Slam semi-final since Jo Durie reached the same stage of the US Open in 1983.

Konta’s performance in Melbourne also means the player has broken into the world top 30 and will collect about £400,000 in prize money even if she loses.

Her former coach, Justin Sherring, coached Konta between 2010 and 2011; even then, he said, she stood out as an exceptional player who was “screaming with ability.”

She credits much of her recent surge in form to her work with Juan Coto, a Spanish “mind coach” she consults regularly by phone and email.

The daughter of a hotelier father and a dentist mother, Johanna Konta was first introduced to the sport at age 8 by parents. She began playing at an afterschool program. She is an All-court player and her favorite shot is serve. 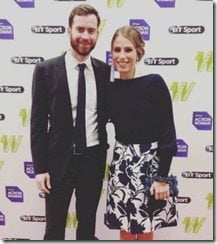 Kether Clouder and Johanna Konta have history together. The 30-year-old is her hitting partner and former coach. The couple is said to have rented an apartment in Melbourne. The lovebirds, thought they enjoy some privacy, have been photographed together a number of times.

Miss Konta credits him and her parents with having helped her stay grounded and prepare for Grand Slam matches, but only refers to him as ‘The Boyfriend’.

“I think I am naturally quite a highly strung person – my family and boyfriend would definitely say so,” she said. “In tennis you need to have a certain relaxed state of being, and that is the main thing I have been working on.” 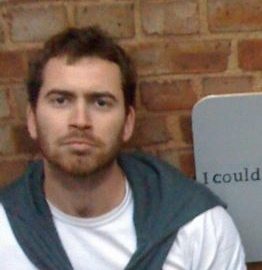 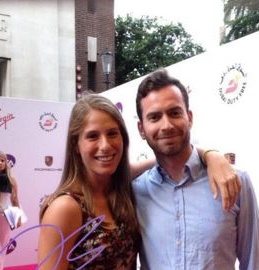 When he is not busy with Konta, Kether Clouder also works as a systems operator at Hawk-Eye Innovations, a sporting tracking software company used as a broadcast tool to make decisions in various sports.

Accoridng to an online profile, Kether Clouder is 6.4 ft, plays right and his favorite shot is the Forehand.