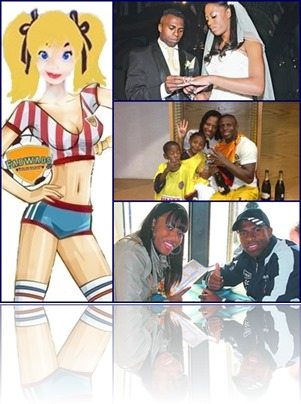 Christian Benitez also known as El Chucho (the dog) died at the age of 27 of a suspected heart failure. he is survived by his children and beloved wife Liseth Benitez.

According to media Christian Benitez who made his debut with his newest club Jaish Sports Club in Qatar on July 28,  was at the hotel eating with his family at a hotel in Qatar when he began to complain about  a strong strong pain in the stomach, Liseth took him to the hospital in Doha, Qatar , a few hours later Benítez started to has a respiratory failure.He died from complications leading to cardiac arrest. It was also reported he didn’t received any medical assistance right away when he arrived at the hospital. Liseth informed the tragic death of her husband to her father in Ecuador in the early hours of July 29th. 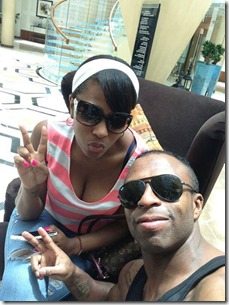 This photo taken at a hotel in Qatar was posted on Christian’s Facebook yesterday. 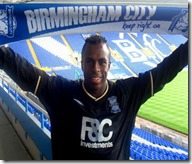 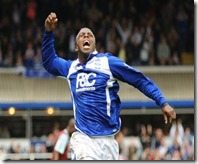 Two years later Benitez signed a three -year-deal wit Birmingham City, by the end of the 2010 season Birminghan tried to negotiate their deal with Benitez but they didn’t agreed on a deal and Benitez returned to Santos Laguna in July, 2010. 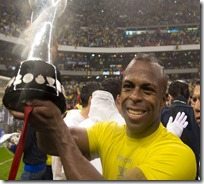 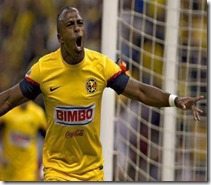 On May 22, 2011 it was announced Benitez joined Club America making his debut  on July 21, 2011, he was named top goal-scorer by the end of the 2111 season and again in 2012,  El Chucho was the Clausura 2013 Liga MX top scorer. America defeated Cruz Azul  in a penalty shootout (4-2) where Benitez scored the second penalty, America became Liga MX 2013 Clausura champions. 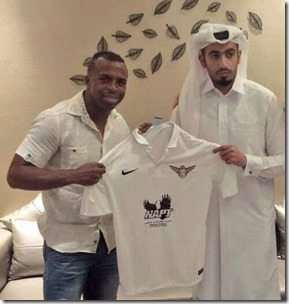 Benitez played his last and only game with his last team Jaish Sports Club on July 28th.

Christian Benitez was married to Liseth Benitez since 2007, formerly known as Liseth Chala Garcia  one of the three daughters of María García and the Ecuadorian soccer player Cleber Chala (Kleber Chala), 42 who officially retired from playing soccer in 2008. The love story of Christian and his wife Liseth Benitez is very interesting, filled with excitement, romance and joy. 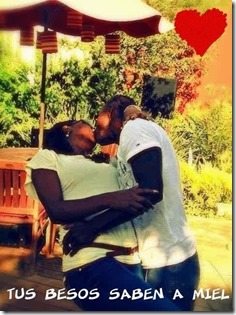 23-year-old Liseth or Lizeth Chala was just 12 met her husband who was 17 at the  time in Ecuador when he was playing with El Nacional where her dad was also a player, who didn’t approved her relationship with Christian due to her age and forbidden her from seen him at their home or anywhere else.

Christian was not playing to quit on Liseth so they planned a secret wedding, her parents became suspicious of their wedding plans, and grounded her.

It took a lot of time and talking between Cleber and Christian but at the end Liseth’s father approved the wedding, the civil ceremony took place in Ecuador in July, 2006.

Liseth and her husband couldn’t be happier and didn’t mind that her parents told them to live with them for a while.

Her father, 35 and the time and hubby, 20 became not just teammates but best buddies, her mom was over the moon about the newest addition to their family, the son she never had.

We didn’t loss a daughter, but gain a son. Christian won his way through our hearts, he is a humble, and very happy boy. Liseth’s mom said at the time.

Liseth didn’t quit school after becoming a married woman at 15 and continued her life as a fourth course student at Colegio Iesval. However she was certain to quit school and leave her family if the case her husband was approach by an International soccer team.

“I will follow him to the end of the world”

And it was what happened when he joined his next time in Mexico, she didn’t leaved her beloved Ecuador before getting married at Iglesia Guapulo in Quito where  in July, 2007 Liseth Chala, 17 at the time walked the aisle holding her father’s arm very tight, savoring every second of that special day, every face, every flower and last but not least the loving face of her soulmate. 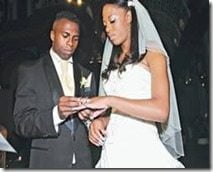 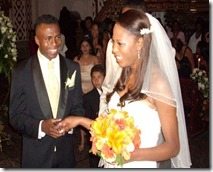 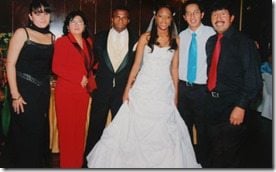 Liseth Benitez became the proud momma of her twin children Roger Cristiano and Emily Guadalupe at the age of 18 on August 10, 2009 born at the Hospital de la Mujer in Torreon, Mexico.

In June, 2012 before a special match Liseth three months pregnant with their third child told her husband, “If you don’t score a goal, you won’t be allow inside the house”, those words made headlines in every newspaper in Ecuador when El Chucho and the rest of the Ecuadorian team defeated Colombia, certainly he did scored a goal and was welcomed inside his home. Liseth gave birth to a beautiful girl on Wednesday, December 12, 2012 in Mexico.

Our thoughts and prayers go out to Christian Benitez’ family especially to his wife Liseth Chala Benitez and  her children.