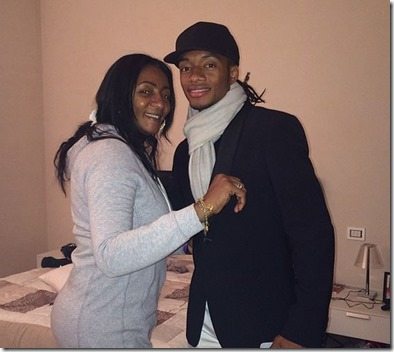 Currently in Brazil giving much needed care and support to her soccer player star son, Marcela once stated in a Colombian Interview show, Cuadrado had to be a perfect student in order to be able to play soccer. And what better than to have the advice and love of a mom 24/7. 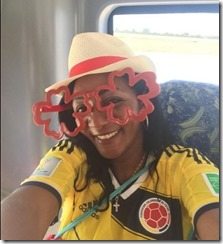 Cuadrado who now lives in Florence, Italy, also took his mother and little sister with him. According to her Facebook Marcela, originally from Necoclí, Colombia also lives in Italy. She attended school in her native country at “institucion educativa eduardo espitia romero” and in Colombia worked in the health, medical and pharmaceuticals industry.

Mom and son are super tight, she is involved in everything that has to do with Cuadrado. She says until her son doesn’t have a family of his own she will always be around, to cook for him his favorite dishes, “Patacon;” can you say mamas boy?

The 42-year-old lovely lady, is definitely a proud mama, and in return of her care and sacrifice Juan –which is his real name, Guillermo Cuadrado is the name of the father (who died when Juan was only five years-old) –dedicates his first goal of a match to her. His ritual includes reggaeton dancing and immediately makes the little heart with his hand towards her. 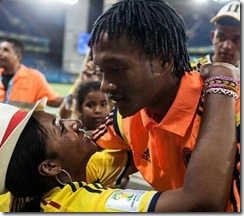 About her son playing for Fiorentina, she said

Juan is fine here and wants to stay in Florence for many years.’s Already very strong, I think it can still improve by 15%, then in a short time will go down in history. Hopefully in the purple.”

During the interview she revealed about her son

Juan had begun to play even before birth. As a child he loved the balloon, asking only gift for soccer shoes. 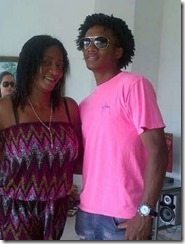 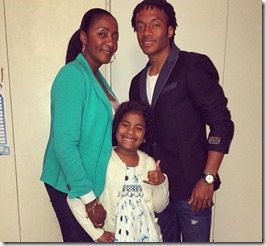 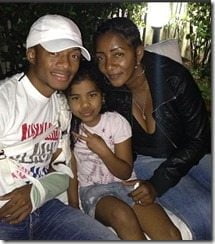 Marcela gave birth to Juan on May 26, 1988 but she is also the mom of his little sister, Maria Angel who is seven-years-old.

Her young and famous son, seems to have remained down-to-earth. His mom explains how he manages to do it:

“It ‘s what we taught him as a child. I’ve always told him … God has given you so much but you have to deserve it. Always be humble, you can lose everything in life except humility. Maybe even the untimely death of his father made ​​him grow. However, I tell you one thing: Juan can still improve, I think it’s still 80% of its potential. Wait and see. “

This is a very important time for Colombia’s soccer team and mama Bello knows it. Most recently, beautiful Marcela Guerrero, denied the rumor reported by Mundo Deportivo: According to the Catalan newspaper, the mother would have written the number 11 purple Fiorentina and a letter asking him to Della Valle to retain Cuadrado in Florence.

“I have never written a letter to anyone and Fiorentina. I want to clarify, because the future of my son Juan will be decided by him, his agent Alessandro Lucci and Fiorentina. I am the mother, and as such the’m close and I’ll be happy regardless of where his future will be. “