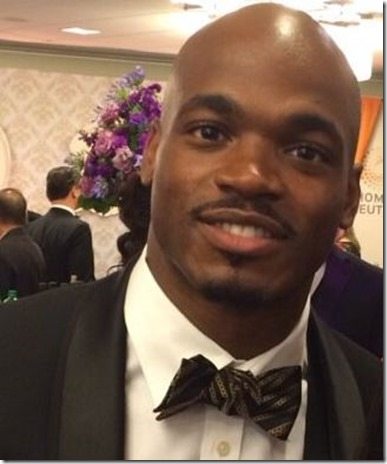 Minnesota Vikings running back Adrian Peterson is not having the greatest week, month or try year! A second accusation of child abuse has surfaced against the NFL star and what he allegedly did to his toddler son lets just say, is not of a Christian.

Both alleged victims are Peterson’s own sons. The abuse allegedly happened while they were visiting his home. And in both cases, text messages have been recovered.

There are purported photos of the victim — a 4-year-old boy — who was left scarred by the alleged incident last June.

Most recently the whirlwind surrounding Peterson resulted in Radisson Hotels suspending its sponsorship of the Vikings.

Let’s take a look back to his past relationships. 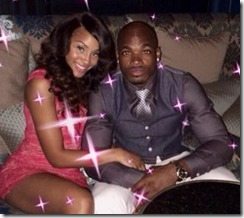 Gorgeous model Ashley Peterson is the wife of Vikings running back Adrian Peterson, who was indicted September 12 on child abuse charges.The former Ashley Brown is the mother of one of Peterson’s sons, but not the son Peterson is accused of abusing. 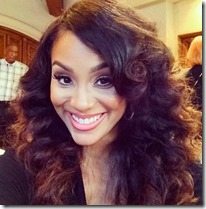 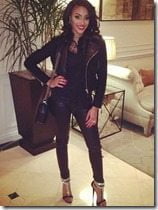 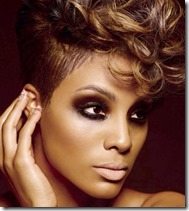 Lovely Ashley, like her husband, went to the University of Oklahoma. While Adrian represented the Sooners on the field, Ashley represented OU in Playboy’s “Girls of the Big 12” issue in 2006. The couple is believed to have been engaged since 2010 but walked down the isle two years ago but it was reported until earlier this year. 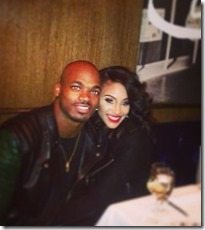 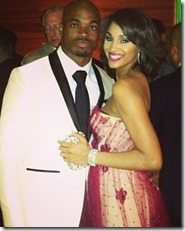 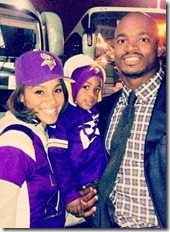 The notoriously private Vikings running back never announced his wedding. However, Peterson’s representative confirmed to TMZ that he and Brown were recently married.

The pictures, which are tasteful, show a nude Brown carefully covered by a shower loofa and a large towel. Neither Peterson nor his wife -to-be have commented on the photos, which have been readily available on the Web for years.

The couple attended the Starkey Hearing Foundation’s gala in St. Paul, Minnesota back in July and Ashley identified herself as “Ashley Peterson.”

Ashley’s hubby is accused of inflicting horrific injuries on his son from a previous relationship; as he spanked him with a tree branch, using the same method of discipline he was subjected to as a child growing up in east Texas.

The child, according to StarTribune.com, lives with his mother in Minnesota but was on a visit to Texas in May when Peterson used a switch, a tree branch stripped of leaves, on him. “When the boy returned to Minnesota, a source confirmed, he was taken to a doctor’s appointment in the Twin Cities.”

In a statement, Peterson expressed remorse for that incident, insisting he was not a child abuser. “No one can understand the hurt that I feel for my son and for the harm I caused him. My goal is always to teach my son right from wrong and that’s what I tried to do that day … I love my son very much and I will continue to try to become a better father and person.” 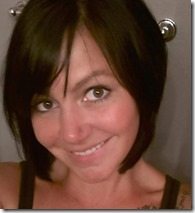 One of the sons of Peterson, who has not revealed how many children he has, died last October after an alleged assault by the boyfriend of the child’s mother. Peterson had only learned that he was the child’s father shortly before his death and had no relationship with him. After his son’s death it was revealed Ann “Ashley” Doohen (pictured above) was the mother.

Ann was described as a wonderful mother, who showered her son with love and affection.

By the time his two-year-old son died it was also reported the running back fathered a second secret love child with a waitress at a Minnesota nightclub. 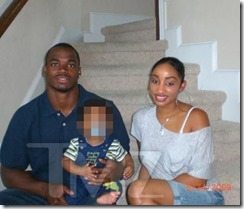 Multiple women started coming forward about being the mother of Adrian’s children. Also last year, we larned a Dallas woman named Erica Syion has come out about the 4-year-old son she an Adrian have together. According to TMZ who spoke with Peterson’s ex-girlfriend, the count of his children with different women goes up to seven.

Does it mean, current wife Ashley was cheated by him all those times?