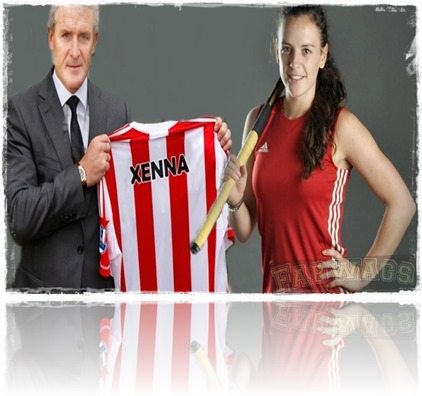 Welsh former soccer player and current manager of Stoke City Mark City  couldn’t feel more proud of each of his three children, this time his only daughter, and light of his eyes Xenna Hughes was named in wales Hockey squad for Commonwealth games in Glasgow.

Xenna Verity Hughes, 20,  the younger child and only daughter of Mark and Hughes, her older siblings are Alex and Curtis. Xenna born in Wrecsam, Wrexham, United Kingdom is a senior student and Welsh hockey player at the University of Birmingham.

The stunning defender hockey player made her debut for wales in 2012, Xenna played with Alderley Edge as a child.  She won the gold medal at the Europeans in Greece.