Have you met Kate Newall Pollock aka Kate Pollock? She is the pretty wife of MLB player A.J. Pollock, a center fielder for the Los Angeles Dodgers. Prior to the Dodgers, Pollock played for the Arizona Diamondbacks from 2012 to 2018.

A.J. started playing baseball while he attended RHAM High School and later at the University of Notre Dame.

She attended St. Catherine’s High School, where she not only she was a member of the tennis, netball and lacrosse team, but also practiced track and gymnastics.

Kate worked in the finance management department of General Electric from 2012 to 2013.

A.J. and Kate dated for a couple of years before he asked her to be his wife in Bondi Beach, Australia in 2013. 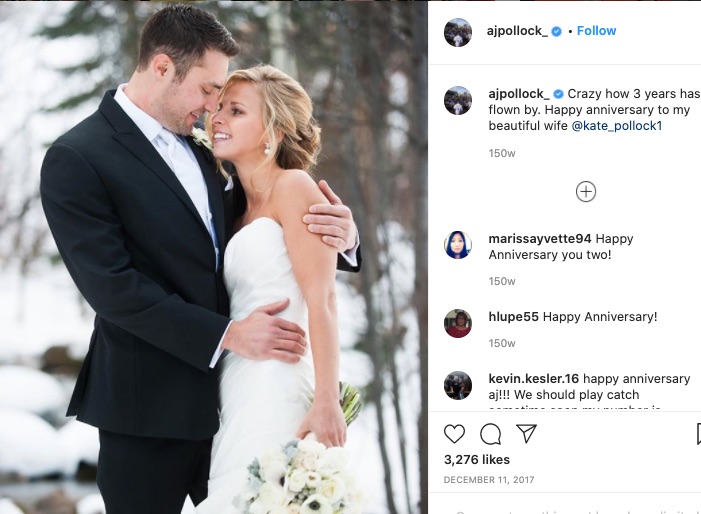 Their precious baby daughter Maddi Mae Pollock was born on March 19, 2020. Little Maddi was born premature and weighed only 1lbs 6oz., but she is a fighter just like her parents and made it thru in no time!