We know Ali has always been a supportive gal to her man and these days she must be even more proud of him! The the ace of what remains of the San Francisco Giants’ pitching staff slouched home, an 8-0 thrashing in the National League wild card game ending the Pirates’ season on Oct. 1st.

Ali is sure in for an exciting month, her man gave a glimpse of what we’re in for in so many cities on so many days this month. 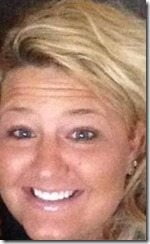 Ali might not be your typical model wife, but she certainly has nothing to envy those other gals. She is your girl next door accompanied with a great deal of personality. According to her Facebook page, she like her man, is from Hudson, North Carolina. Her current city is listed as Granite Falls, North Carolina.

She attended South Caldwell High,  in Hudson, North Carolina graduating in 2008. She followed to CCC&TI in Lenoir, North Carolina. The pretty gal works as a lifeguard for City Of Lenoir W.B. Stronach Jr. Aquatic & Fitness Center Aquatic Spec. She is the only girl out of the siblings, so let’s say she is a daddy’s little girl, gal. 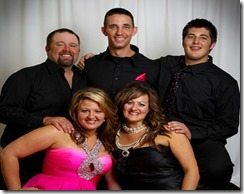 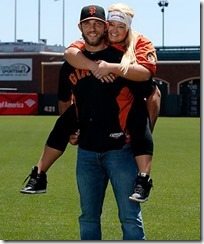 Pretty Ali and Madison tied the knot on February 14, 2010. The lovebirds, have been married for four-years and it seems they stopped in the honey-moon face. IT might have to do with the fact they’ve known each other for a long time. Before walking down the aisle they had been dating for four years, so in a way they grew-up together and stunned the world when they decided to tie the knot at the tender age of 21; but for their families and those close to them it wasn’t a surprise at all. 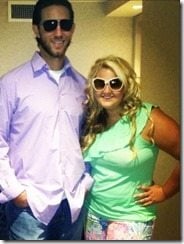 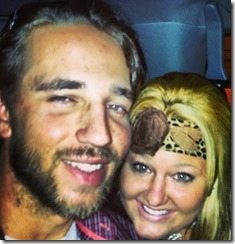 We’ve known even thought her man was making serious money early on, he enjoys a simple life, that is something he and Ali share, good thing for the couple! When her hubby is not showing off on the field, he enjoys raising and riding horses and Ali enjoys spending time with him.

During the offseason, the couple chill on a farm in North Carolina, the best part? That is about thirty minutes from where he grew up. During the season they stay in a condo in SF.

For their wedding, the youngsters, had an interesting choice of style, while Madison choose to wear jeans, Ali picked a pink gown! You might think is even more interesting to receive a cow the day before your wedding, well that was exactly what Ali got! Either way, we like this couple because they definitely do things their way and they rock!