Briana Lewis Jones is the young and beautiful wife of NFL player Colin Jones, the football safety player for the Carolina Panthers that was first drafted by the San Francisco in the 2011 NFL Draft. Briana Jones is one of the gorgeous Panthers WAGS that FabWags are honored to introduced you to. Ready to meet her?

Briana Lewis Jones’ hubby Colin was born in Bridgeport, Texas on October 27, 1987 to parents Sherri and Kervin Jones. He graduated from Bridgeport High School and Texas Christian Universit (TCU) where he graduated with a major in communications in 2010. Colin was selected by the San Francisco 49ers with the 190th overall pick in the 6th round of the 2011 NFL Draft. San Francisco traded him to the Casrolina Panthers on August 31, 2012. He signed a two-year contract with the Panthers in June, 2014. Colin recorded his first interception againt the Philly Eagles in 2015 (week 7).

Colin Jones married the lovely Briana Lewis on July 8, 2011 in Dallas County, Texas. Briuana Jones was born Briana Marie Lewis on March 17, 1989 to David Wilson Lewis and Deborah Lynn Lewis from El Paso, TX. Briana graduated in 2007 from Franklin High School and in 2012 from Texas Christian University (TCU) with a major in graphic design. Briana worked at the Holt Design firm in Dallas and was an intern in San Francisco.

Meet the lovely NHL Wag Kristyn Yandle, she is the beautiful wife of Keith Yandle, the defensive NHL … END_OF_DOCUMENT_TOKEN_TO_BE_REPLACED 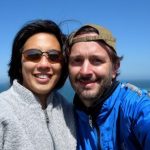 Meet Lisa Wesseler, she is the longtime girlfriend the Benedikt Howedes, the German soccer player … END_OF_DOCUMENT_TOKEN_TO_BE_REPLACED