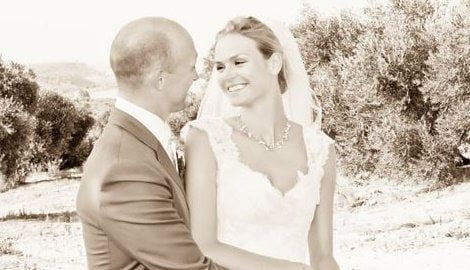 German-born former model, Carolin Hauskeller is the wife of retired Rugby player, Matt Dawson. Her hubby was born, Matthew James Sutherland “Matt” Dawson and is described as a Rugby hero. He is best known for his trademark ‘sniping runs’ and played the whistle well.

Dawson played scrum half for London Wasps and Northampton Saints. During his international career he toured with the British and Irish Lions three times and was part of England’s 2003 Rugby World Cup winning side. He won 77 caps for his country in total, including nine as captain and is England’s most capped scrum half.

Matt Dawson was born October 31st 1972. He made his England debut in 1995 against Samoa, Matt won 77 England caps scoring 16 tries in the process.

In 2000, in the absence of Martin Johnson, Matt captained a victorious England at the Six Nations Championship and was part of the side that retained the title a year later.

Matt was ever present in the England side that defeated all three of the southern hemisphere sides in the autumn of 2002 to become number one in the world. Matt’s finest moment, however, was as part of the England team that won the World Cup under the noses of the hosts, Australia, in November 2003.

He made a dramatic start to his British Lions career scoring a remarkable match-winning try against South Africa in the First Test in Durban in 1997. He subsequently toured Australia with the Lions in 2001, followed by New Zealand in 2005. 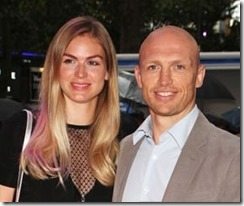 Matt, a Sodexo health ambassador, played Cricket for Buckinghamshire Under-18s as a wicketkeeper-batsman and played Football for Chelsea Schoolboys as a winger before deciding to concentrate on Rugby Union.

Following his retirement, Matt has gone from international rugby star and smooth moving Strictly Come Dancing contestant to culinary genius as a MasterChef champion. Most recently he became a team captain on A Question of Sport. He’s also appeared as a commentator and presenter on BBC Radio 5 Live‘s rugby programme.

Carolin Hauskeller worked as a model and later became a marketing manager. She had a MOT models profile.In 2016 the couple’s toddler son Sam was diagnosed with Meningitis. The former England and Northampton Saints star posted the photos of little Sam still at the hospital. He shared the happy news that their son had beaten the disease.

is the mother of the couple’s two children. She has given birth to two sons, Alex and Sam. 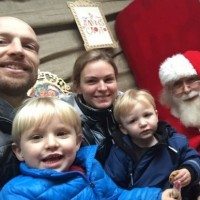 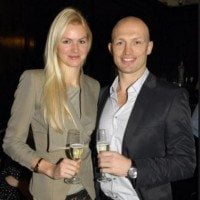 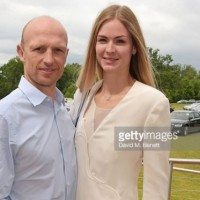 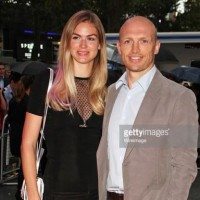 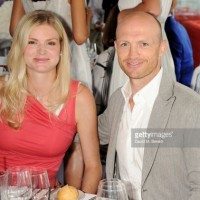 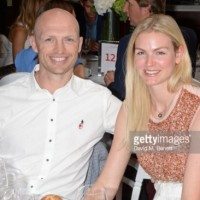 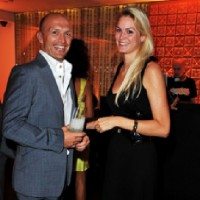