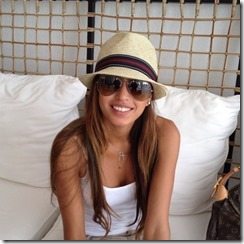 We were certainly all in shock when NFL tight end Jeremy Shockey filed for divorce from his 22-year-old wife Daniela Cortazar after only being hitched for eight months! The couple was married on May 19th, 2012 and only eight short months later he filed for divorce.

Daniela was born in 1990 in Miami, Florida, graduated in 2010 from Miami Beach High school. She got married on April, 2012 at the 5 Star pool in Star Island, Miami. Daniela is president at KHALISSIS, LLC in Miami Beach.

I guess the sultry Colombian attempt at marital bliss crashed and burned! The couple met when the ex-New York Giants Super Bowl champ traveled to South America on vacation and found what he thought was the most ridiculously beautiful girl, Daniela. From the second they met things moved quickly between them and their divorce wasn’t the exception. 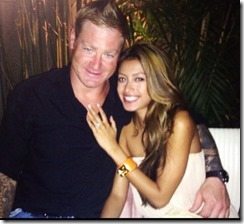 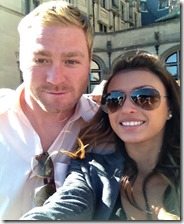 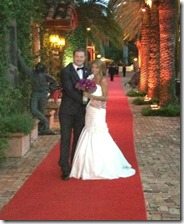 According to Miami-Dade County court records, Shockey cited irreconcilable differences in the short filing and wasn’t too worried about paperwork since he had claimed to have an iron clad prenup that gave Cortazar not one penny!

But a classy Jeremy allegedly posted naked pictures of his soon to be ex-wife on twitter, to which she asked for $15,000 to punish Shockey for his posting photos.

Now Daniela is asking a judge to punish Jeremy for his behavior by slapping him with fines or locking him up since he is not being cooperative pretending to know nothing about his finances and refuses to hand over info to prove his net worth. Like any other soon to be ex-wife she’s been fighting him for alimony despite the player’s prenup.

She is a smart girl, she know the man is worth a chuck of money and want a little chuck for herself. What do you think happened between them?? They haven’t said much to the media about the reasons for the split and neither of the ex-lovebirds attorneys are spilling the beans either.