58-year-old Dinah Mattingly aka Dinah Bird was born on November 16, 1954, she is currently married to the NBA legend Larry Bird. She his the stepmother of  Corrie Bird from his husband’s first marriage to ex-wife Janet Condra; adopted son Connor and daughter Mariah.

Dinah was Larry Bird’s longtime girlfriend since whom he met when both were students at Indiana State. Dinah Mattingly and Larry Bird married on October 31, 1989 to present days. 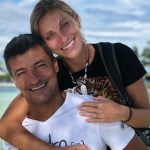 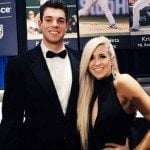