Livakovic became the hero of the National Team after he saved three goals shoot-out by Japan at the Aljanoub Stadium on December 5th during the Qatar 2022 World Cup round of 16 football matches. 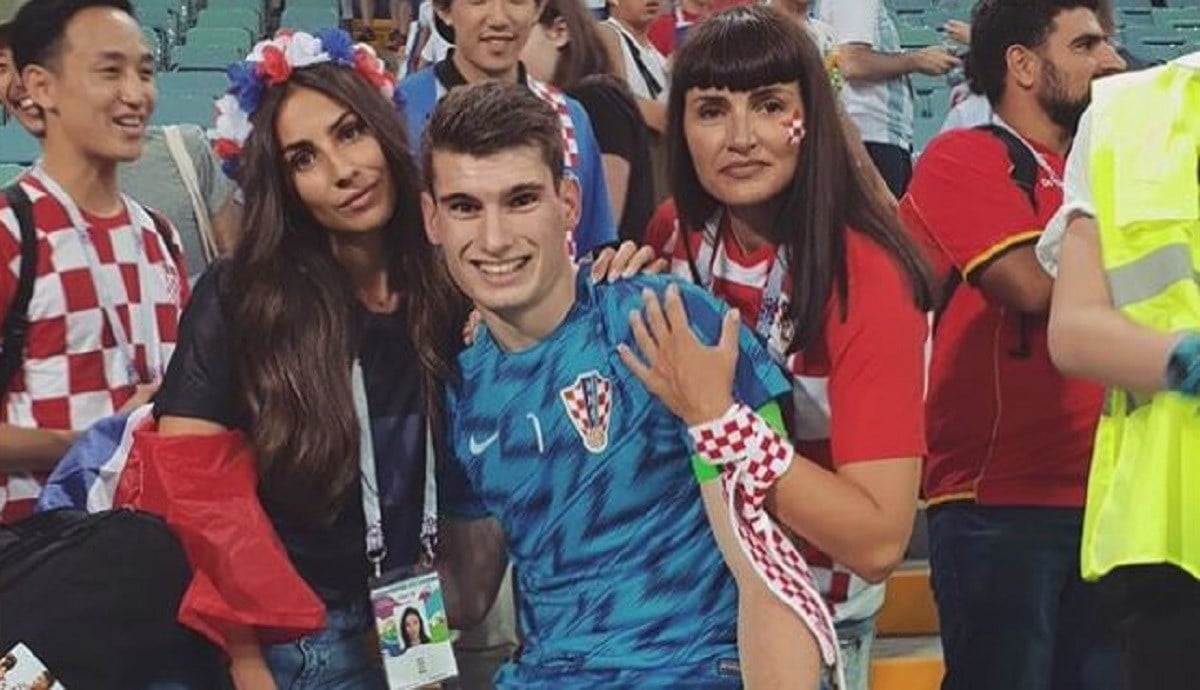 6’2 Dominik Livakovic was born in Zadar, Croatia, on January 9, 1995; he is the son of Manuela Skoblar and the former State Secretary in the Ministry of the Sea, Transport and Infrastructure and a construction engineer  Zdravko Livakovic.

Dominik Livakovic joined Croatia National Team in May 2016 and debuted at the 2017 Chiba Cup against Chile.

According to recent reports, Dominik Livakovic has a net worth estimated at $5 million and a market value of $8.9 million. 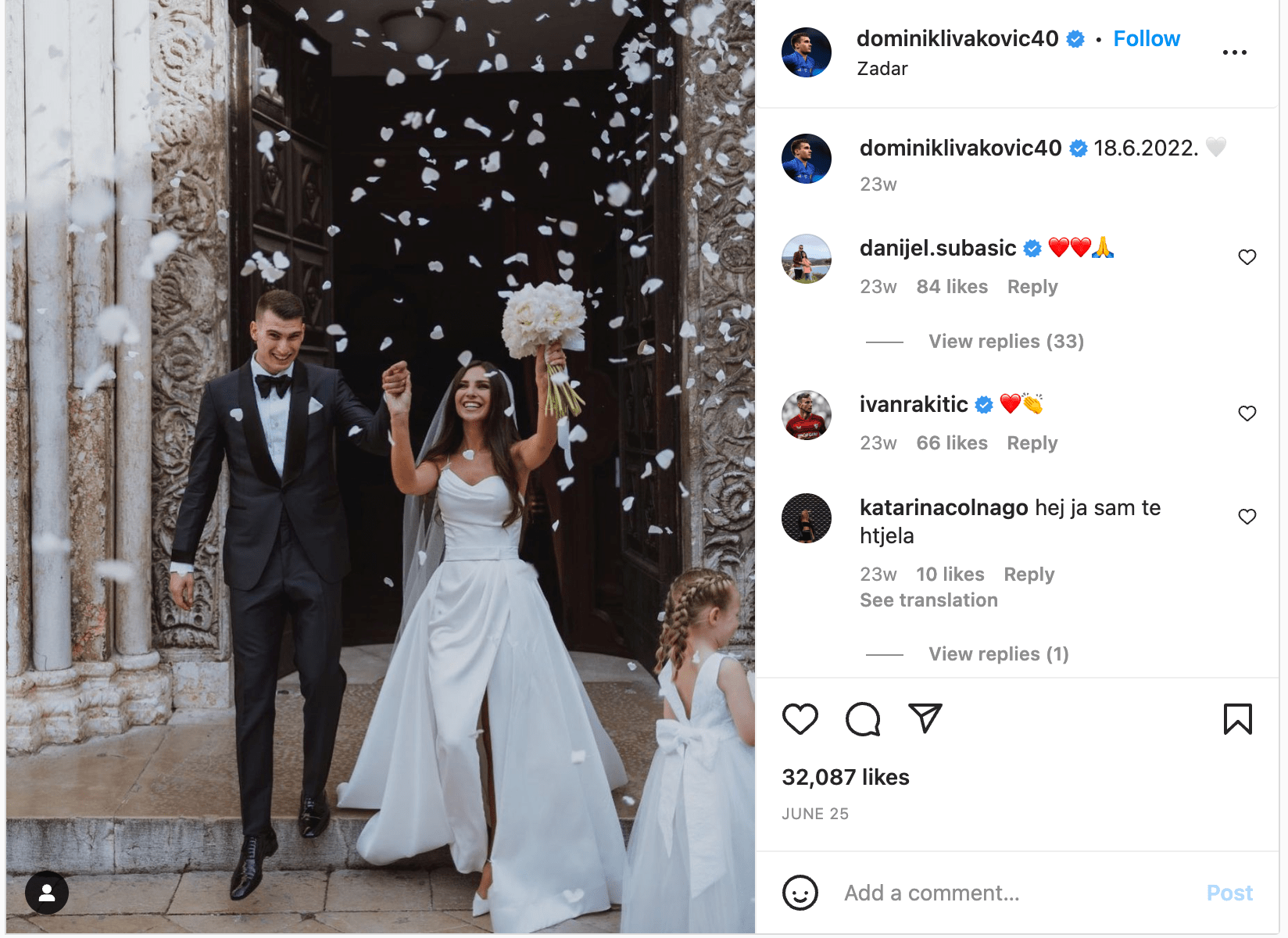 Dominik Livakovic married his longtime girlfriend Helena Matic on June 18, 2022, in a ceremony at the church of St. Stošija in Zadar, Croatia followed by a reception at the luxurious resort Faklensteiner. 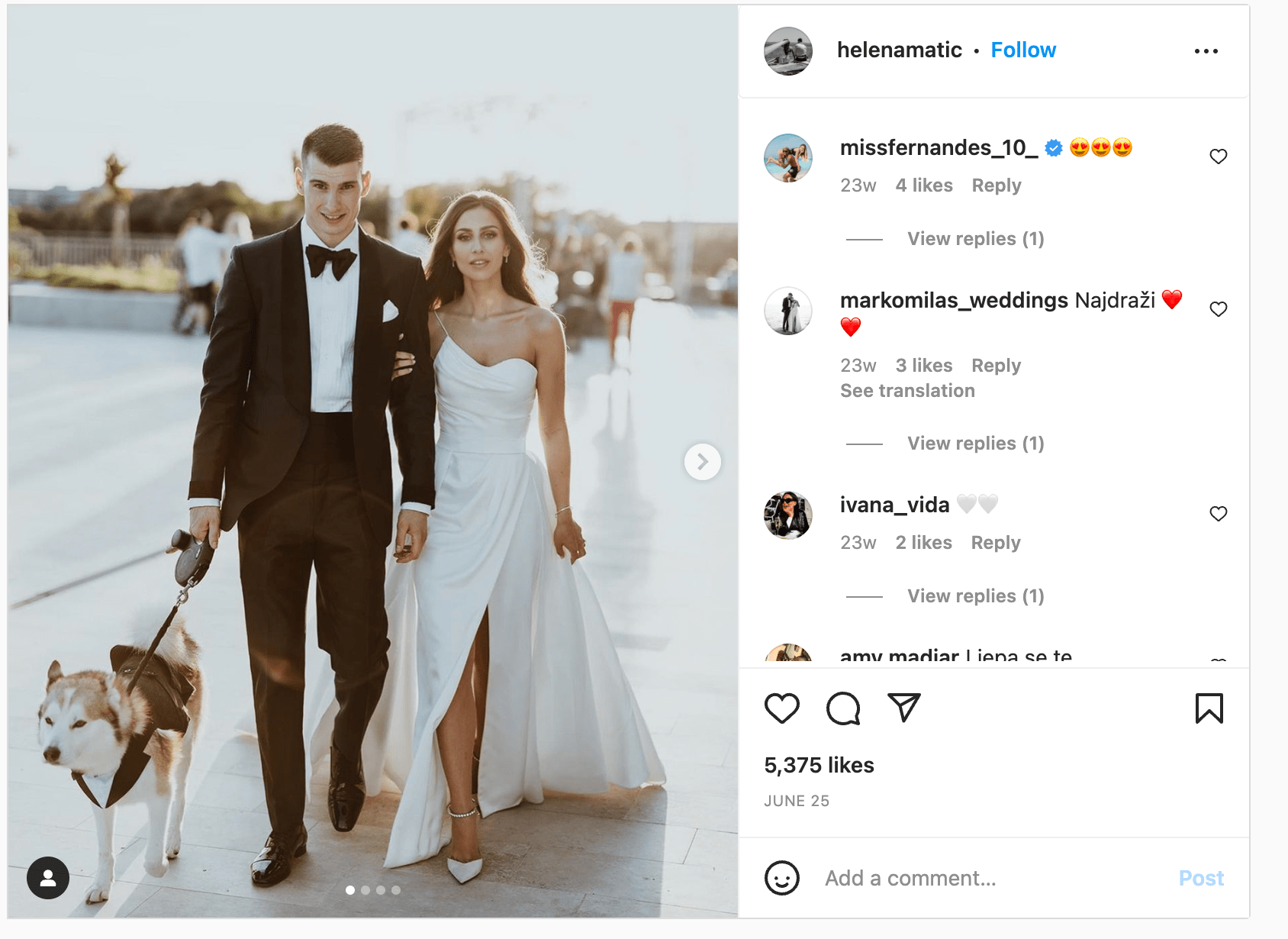 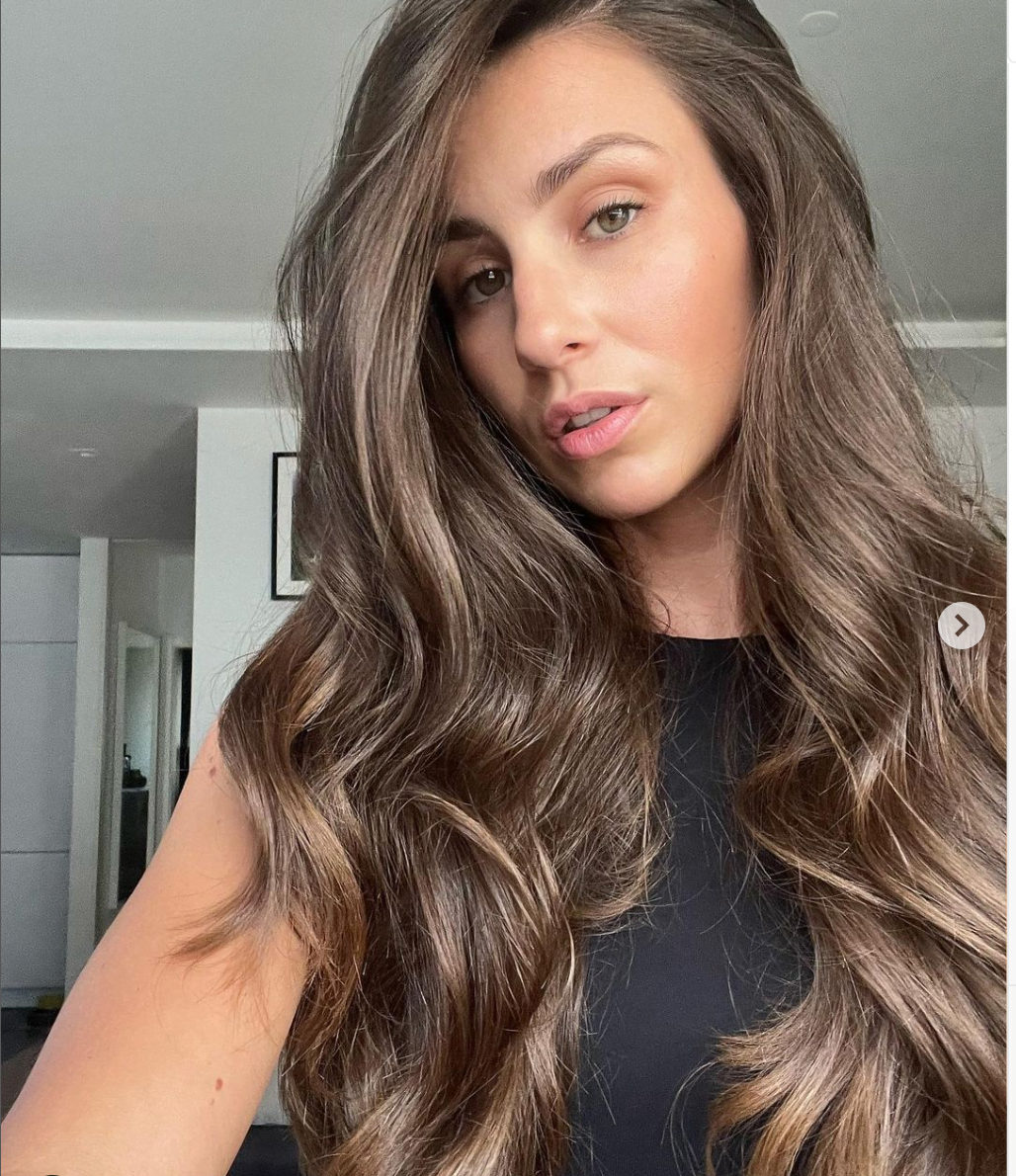 28-year-old Helena Livakovic born Helena Matic, a former figure skater for over two decades, graduated with a degree from the Faculty of Textile Technology. 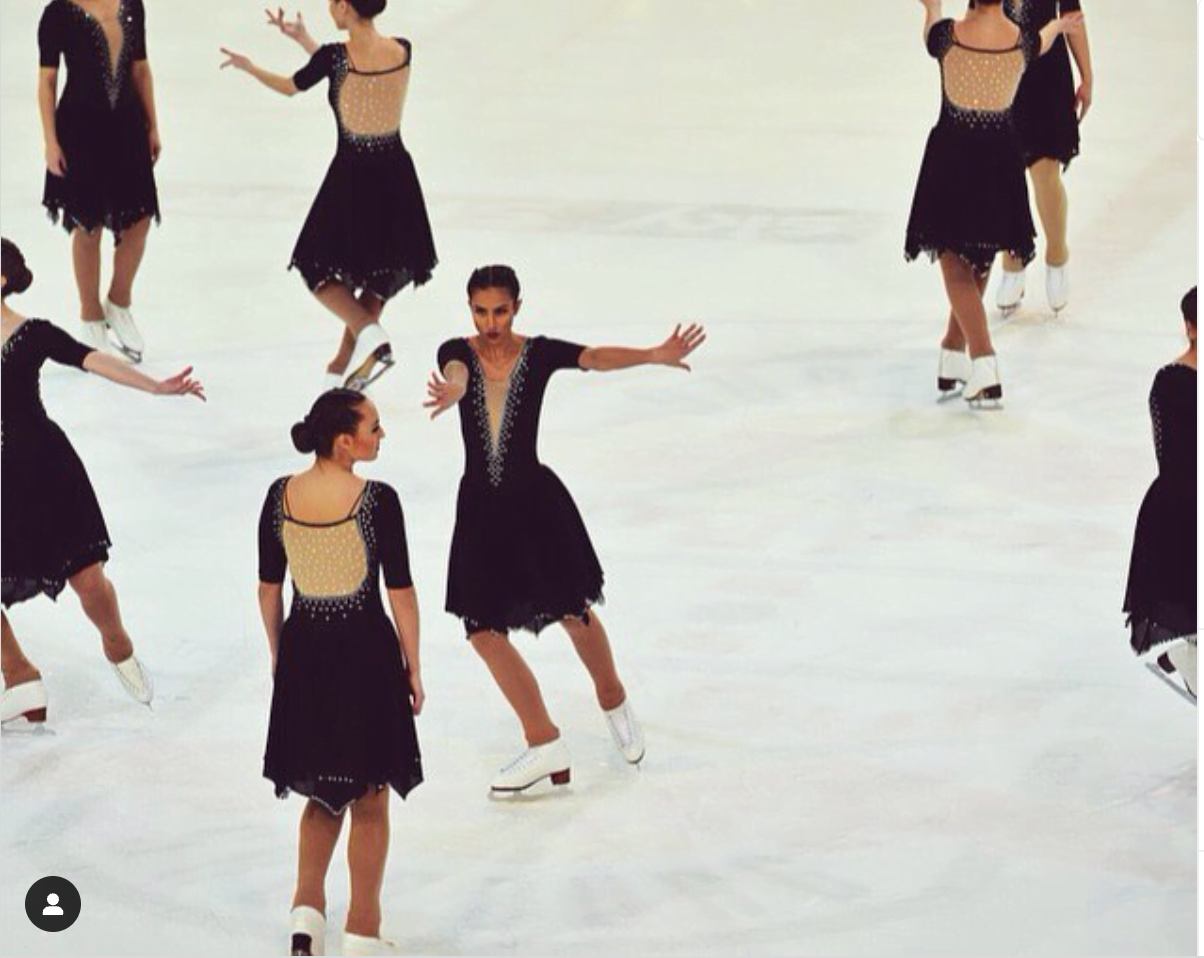 Helena and Dominik Livakovic started dating in the summer of 2017; they met thru mutual friends and dated. four four years before Dominik proposed in the spring of 2021. 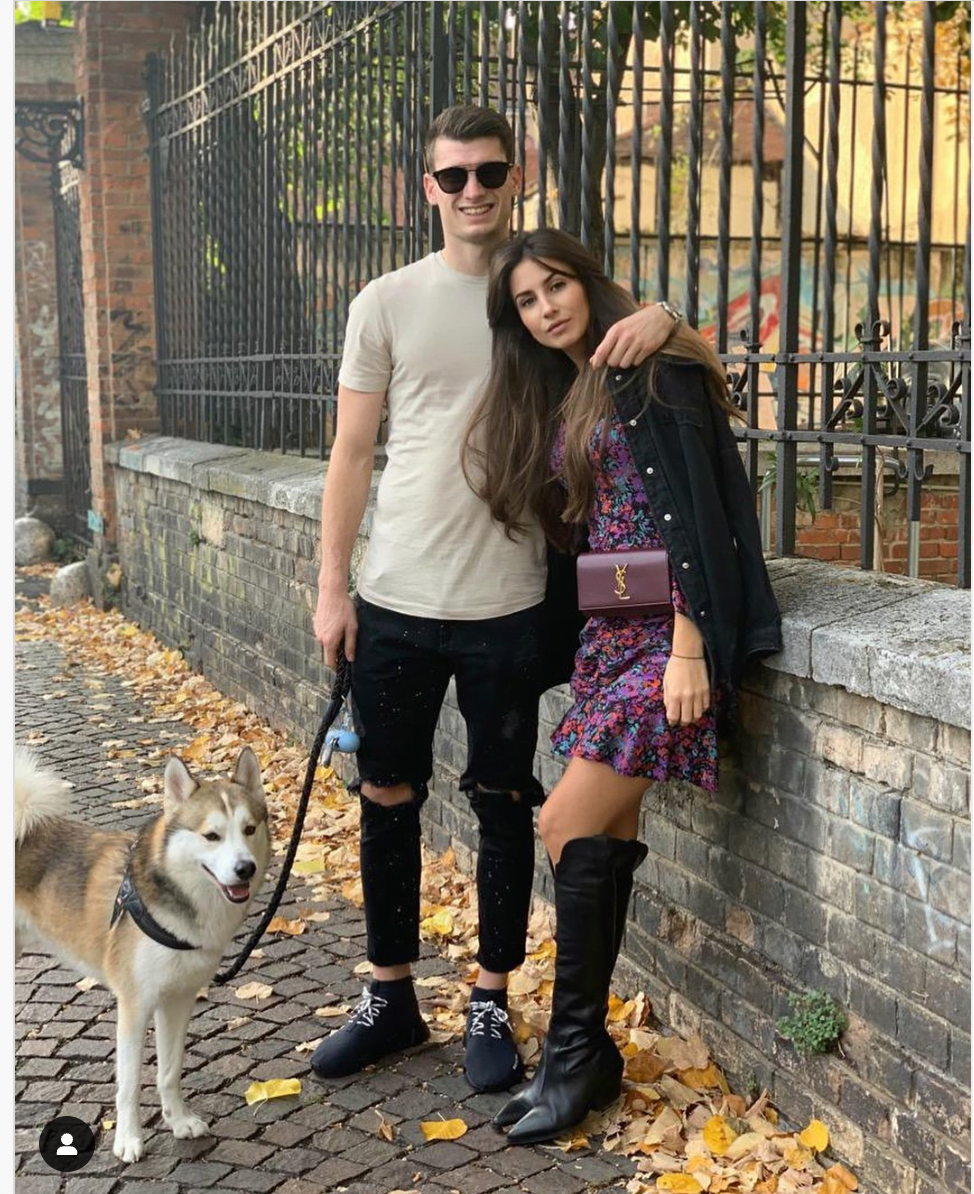 We were introduced by mutual friends, and after that, everything went spontaneously. Dominik took the first step and that was it. He especially charmed me with his wit, especially because ‘at first’ he is withdrawn, he doesn’t say much, and I really didn’t expect that so witty, said Helena

You can find Dominik Livakovic’s wife Helena Livakovic, on Instagram, where she has over 16.3k followers.