Meet Julie Kowalik Frates; she is the wife of former Boston College baseball captain, Pete Frates; who inspired the Ice Bucket Challenge. The ALS challenge was created in an effort to raised millions for ALS research.

Ever since getting the diagnose, her husband has bravely helped raise funds and awareness for the disease. The former Division 1 college athlete who was at one point the Captain of Boston College Baseball continues to inspire people with the viral phenomenon the Ice Bucket Challenge; with his positive outlook, determination and unwavering spirit Julie’s husband has family members, athletes and celebrities participate in the challenge by dousing themselves with a bucket of ice water, and just a few days ago Pete Frates took the challenge himself.

Mr. Frates took his own bucket challenge on August 14, 2015, at Fenway Park, his lovely wife did the dousing. 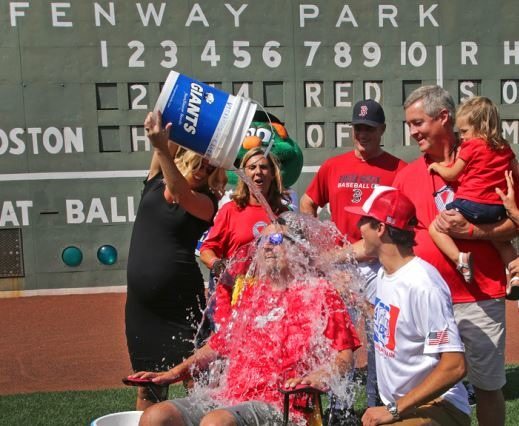 The challenge started when some friends of one of Pete’s buddies in New York, Patt Quinn; invited Pete— who was diagnosed with Amyotrophic Lateral Sclerosis (ALS) in 2012, at the age of 27; to take on the ice bucket challenge.

Pat, like Pete, has ALS, also known as Lou Gehrig’s Disease, a neurodegenerative disease that affects nerve cells in the brain and the spinal cord; leading to muscle weakness, loss of the use of arms and legs, and problems with speaking breathing, and swallowing.

Pete’s video challenging others to participate,  went viral with everyone from the Boston Police Department to the New York Giants enthusiastically dousing themselves with water.

His name is now inextricably linked with Ice Bucket Challenge and ALS; and although he and his family are ecstatic of how the movement has taken life on its own, this is no story to laugh about. 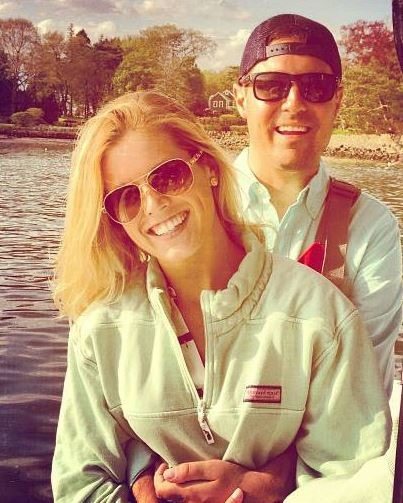 Julie’s hubby can no longer speak, walk, or move his arms. But he has still got a smile and the will to live, despite the incurable neurodegenerative disease that has robbed the former athlete of so much.

“It’s a little crazy, but it’s good crazy so we’re okay with it”

“Since Pete was diagnosed, his whole mission has been to spread awareness for the disease. It’s so weird because you hear so many people say they have a family member who had it or know someone who has it, but so many people don’t understand what it is,” she says. “When Pete was diagnosed, I had no idea it was terminal. I thought it was really bad, but you could live with it. So for us, even if they just see the ice bucket challenge and Google, ‘What is ALS?’ that’s a success, because that’s really all we can ask for.”

Everything changed for Julie’s husband on March 13, 2012. The couple had met eight months before that dreaded diagnose. 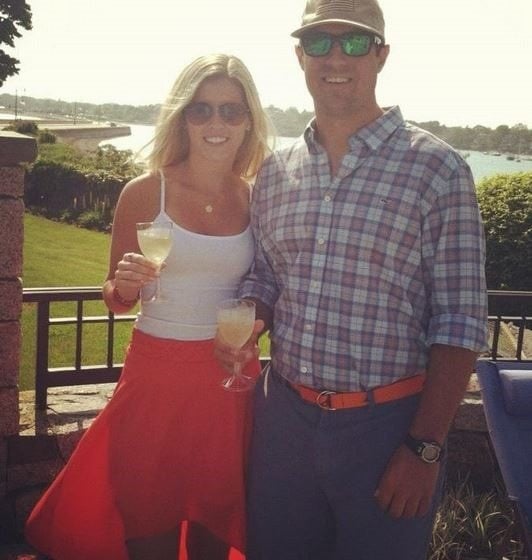 Julie Frates and her husband are now both equally linked to ALS; Pete for carrying the terrible disease and Julie for deciding to make it a part of her life. 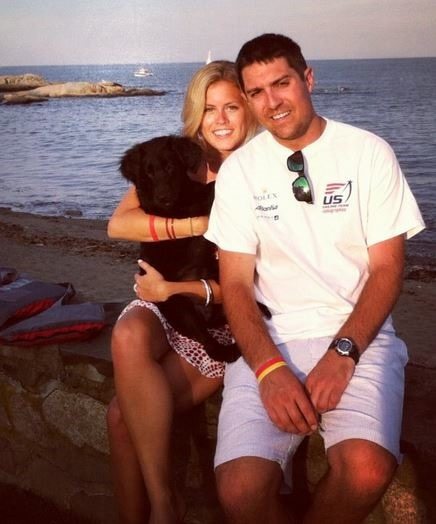 When Pete shared his story he said he “was mentally prepared for the fight of my life, but the hardest part of it all was telling my now-wife, family, and friends that I no longer knew what the future held for me”

Julie said to that “I love him, Period”

The couple tied the knot on June 1, 2013, at an oceanfront event in Marblehead, Massachusetts, Julie’s hometown.

Julie met Pete on July 4, 2011, on a beach in her hometown of Marblehead, MA. She was 22 at the time, an incoming senior at BC, and Pete was a 28-year-old former BC baseball star who had a career in insurance. According to Boston.com, the two “fell in love fast.” Julie moved out of her BC dorm, a couple of months before graduation to help care for Pete at his parents’ home. She wanted him to get better; she jokingly told Boston.com that the two had already “nailed” the vow to love one another in sickness and in health.

According to her Facebook page, Julie attended Marblehead High School; graduated from Boston College in 2012 and is a women’s buyer at Sail Loft.

Most importantly, she has devoted her life to taking care of Pete, and plans on having a happy life with him, regardless of what the future might hold. Julie and Pete are expecting a baby in September! The announcement was documented by various newspapers, including the Boston Herald, in February.