Meet Patricia Kokoskov! she is the new Phoenix Suns Wag; after all her husband Serbian basketball coach Igor Kokoskov is the new coach of the Phoenix Suns. He previously worked as an assistant for the Utah Jazz, Orlando Magic, Cleveland Cavaliers, Los Angeles Clippers, Detroit Pistons and the Suns.

Prior to the NBA, coach Kokoskov coached several teams in Belgrade and the University of Missouri. In addition to that, he was the assistant coach with the Serbia and Montenegro National Team and head coached of the Georgian National Team and Slovenian National Team, that won the gold at the 2017 Eurobasket championship in Turkey.

Coach Kokoskov a U.S. citizen since June 2010, tie the knot to his pretty wife Patricia in the summer of 2009; together they have two incredible children; son Luka and daughter Elina Grace. 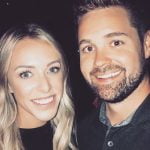 Brittany Long This stunning young gal is Brittany Long; she is the new girlfriend of NASCAR car … END_OF_DOCUMENT_TOKEN_TO_BE_REPLACED 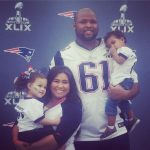 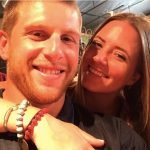 Tara Kampfer Meet the lovely and amazing Tara Kampfer; she is the wife of NHL player Steven … END_OF_DOCUMENT_TOKEN_TO_BE_REPLACED