Meet beautiful Janel Horne, she is the girlfriend of NFL tight end Vernon Davis. Her man currently plays for the Washington Redskins, prior to that he played for the Denver Broncos and the San Francisco 49ers.

The San Francisco 49ers have an important day coming up on Sunday and Janel’s man is emerging as a vital piece to getting a victory over the Seattle Seahawks in the NFC Championship Game and advancing to their second straight Super Bowl. Davis is a 6’3”, muscle-bound tight end who, at 29, is still one of the most athletically imposing players at his position. Remember, he ran a 4.38 at the 2006 NFL Combine, so even though Father Time has likely worked his cruel sorcery on Davis’ youthful speed, he’s maybe slowed into the 4.5 range.

Now, if Davis has made only six receptions in his previous four games against the Seahawks, why will he be vital on Sunday? According to the Bleacher Report Davis will be a more attractive pass-catching option by default.

But enough about the game; Janel and Davis live in Silver Creek Valley in south San Jose. We are not sure how long they have been together but with a lot of confidence, we can say years! The longtime couple seems to be leaving the modern affair style. The couple has two children, son Jianni, 6, and daughter Valleigh, 2. 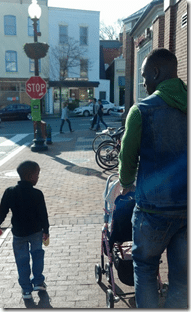 Janel seems to be a dedicated full-time mommy to her children and supportive girlfriend to Davis, on Instagram she shares saying

Jesus has my wheel and God is his navigation!!! Currently on a mission!!!

Janel’s hubby (they are just missing the ring but he might as well be) has spent his entire eight-year NFL career in San Francisco since being selected by the 49ers in the first round (6th overall) of the 2006 NFL draft from the University of Maryland. Being an arts major the 49er used his talent and passion for arts to inspire others through his foundation for kids.

He even made his girlfriend Janel a portrait. 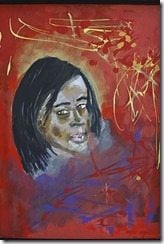 Do you think this couple will ever get to the altar? Would you like to see them getting hitched? You shouldn’t be counting on it, Janel outing him on Instagram for cheating on her with a 20-year-old woman. They have since separated. Vernon is now dating this stunner!