Meet Karen Bonneau Vermette, she is the amazing and pretty wife of , the Canadian NHL player who currently plays with the Chicago Blackhawks.

Antoine Vermette, the 6’1” center player was drafted in the second round, 55th overall in the 2000 NHL Draft by the Ottawa Senators. On February 22, 2012, he was traded to the Phoenix Coyotes, who traded him to the Chicago Blackhawks in February, 2015.

Antoine Vermette got married to Karen Bonneau, 32,  his childhood sweetheart on July 11, 2009 in Quebec; they had been dating since they were 15 years old. Karen from Quebec, Canada is a bilingual pharmacist put her career on hold when  her hubby was traded to the Columbus Blue Jackets in 2009. 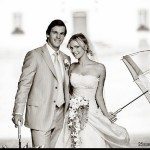 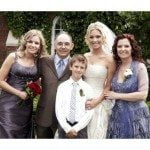 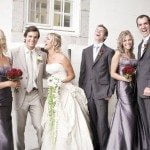 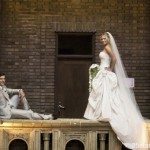 Karen and Antoine Vermette welcomed their daughter Léonna In June, 2013, Karen will give birth to their second  child  on June 17.