Rhodes who retired in 2007, worked with young talent in the company’s developmental system in Florida. No official details of his death are available.

60-year-old Michelle is the mother of two adult children: daughter Teil Runnels and 29-year-old Cody Garrett Runnels –who is a wrestler known as “Stardust” or  “Cody Rhodes.” 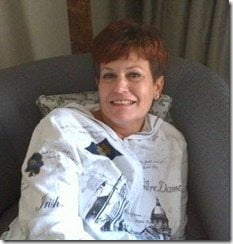 Rubio became Mrs. Runnels on August 17, 1978. He proposed to her on the banks of Lake Austin, TX. They held a reception at the Columbia, a nightclub in Ybor City, Tampa’s National Historic Landmark District.

In her hubby’s Autobiographical book: Dusty: Reflections of an American Dream released in 2005, he talks about wife Michelle and the rest of his family. Dusty compares Michelle to a song titled “Sand By Your Man.”

Dusty refers to her as “Chelle” and says her father is Ralph Rubio. Michelle’s mother re-married twice so she had two other father figures. Dusty goes on to say that Michelle became his best friend they fell-for-each-other and was without a doubt the one for him. In the beginning of their marriage Michelle travelled everywhere with him, and he would be thrilled to show her off.The couple didn’t have children for the first five-years. When the children arrives the couple moved to Charlotte.

Dusty was previously married to first wife Sandra. According to IMDb, the couple divorced after 10-years of marriage (1965-1975) and produced two children: Kristin Runnels Ditto and 46-year-old Dustin Patrick Runnels who followed into his father’s footsteps becoming a wrestler known in the wrestling world as “Goldust” or “Dustin Rhodes.”

Michelle has a close relationship to her stepchildren and is also close to her grandchildren: Dakota, daughter of Dustin and Dalton and Dylan, children of Kristin.

Her hubby of 37-years still made appearances in WWE programing, the last one believed to be last April.

Our condolences to the family.