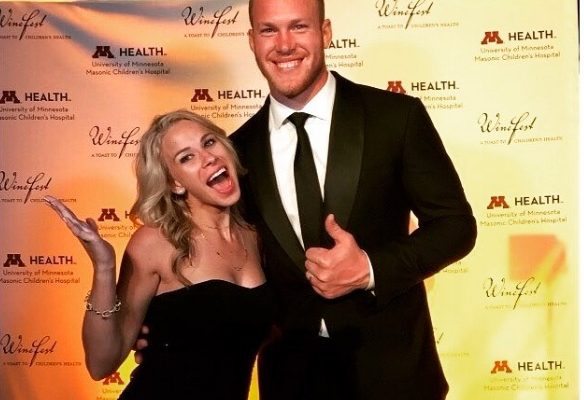 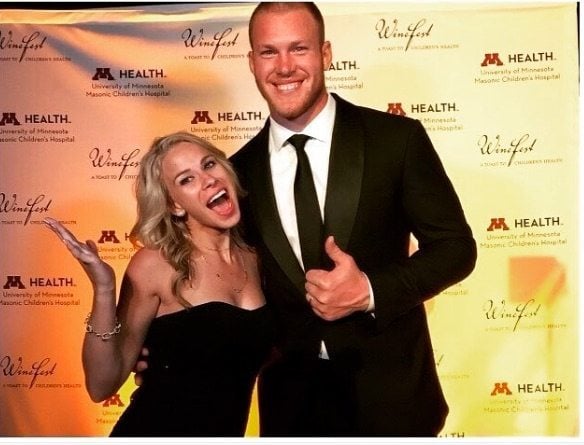 Jordan Rudolph is the exquisite wife of Kyle Rudolph; the NFL tight end with the Minnesota Vikings who played college football at Notre Dame prior to getting drafted in 2011. Ready to find out more about Kyle and his stunning lady?

Jordan’s stud, Kyle was born November 9, 1989, in Cincinnati, Ohio where he attended at Elder High School before he went to Notre Dame. He finished his freshman season at Notre Dame with 29 receptions for 340 yards (11.7 avg.).

However, he never graduated and opted to go pro instead. Rudolph was the 43rd overall pick selected in the second round of the 2011 NFL Draft by the Minnesota Vikings. Kyle made his NFL debut that year, finishing the season catching 26 passes for 249 yards with a 9.6 yard average per reception and three receiving touchdowns, he started in 8 of 15 games with the Vikings.

Enough about Kyle, what about his lovely wife Jordan?

Jordan Rudolph born Jordan Nine met her husband during their sophomore year of college at the University of Notre Dame. They started dating and soon became the hottest couple on campus. He asked Jordan to become his wife on October 8, 2015. They married on February 13, 2016, in Los Cabos, Mexico.

Jordan gave birth to their twin girls Andersyn and Finley on Tuesday, October 4, 2016.