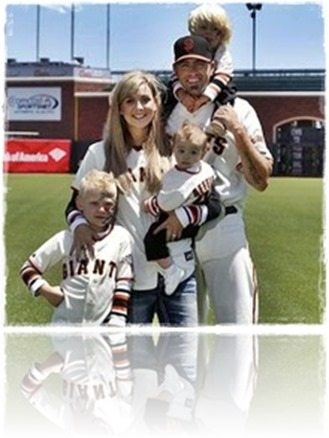 Meet the lovely and extremely beautiful Larisa Affeldt, she is the caring wife of Jeremy Affeldt, the MLB pitcher currently playing with the San Francisco Giants.

Jeremy Affeldt is today the 336-year-old relief pitcher for the Giants, but there was a time when he was a Royal, oh yeah Affeldt played with Kansas City for five seasons, as a  matter of fact the Royals were the team who drafted him in the third round of the 1997 MLB Draft.

In July, 2006 he was traded to the Colorado Rockies and by January 23, 2008, Jeremy signed a one-year-deal with the Cincinnati Reds. He didn’t stayed with the Red for the whole year because by November 17, 2008 the SF Giants got him into signing a two year contract with them.

a few unlucky injuries kept him out of action for a while, but by the 2014 season he was ready for action.

We all know Jeremy is a devout Christian, his wife Larisa is too and it was thru their faith in God and the plan he had for them and their future together is that after they started dating, they knew they were meant for each other.

35-year-old Larisa Ann Affeldt (nee. Walker) grew up in Spokane, Washington in a Christian home, surrounded by the love of her parents and knowing the presence and his mercy was by her side. She graduated from Northwest Christian High School in 1997. 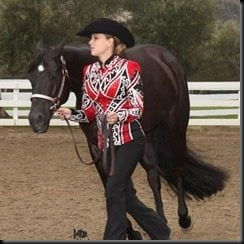 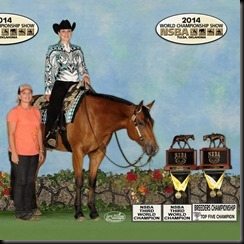 Larisa is a horse how performer, met her MLB stud in May, 1997, they started dating and in February, 1999 he proposed. They got married nine months later in October, 1997. 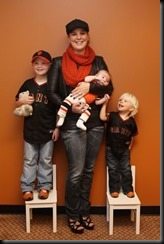 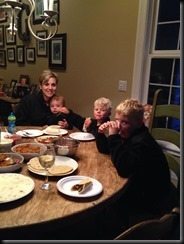 Larisa and Jeremy welcomed their first son Walker, Aug. 28 of 2007, (coincidentally He was playing with the Rockies and made the World series), then Logan, Sept. 13 of 2010 (This time with the Giants,  who won the world Series), and then Colt born on Aug. 28,, 2012 when the Giants won the World Series again, as far as we know, Larisa Affefeldt is not married now, but hopefully the Giants will win the World Series!