Meet the lovely Lindsey Morris; she is the gorgeous and lovely wife of NFL player Aldred Morris, a running back for the Dallas Cowboys. Morris also played for the Washington Redskins and college football at Florida Atlantic, prior to the NFL.

Alfred was born on December 2, 1988, in Pensacola, Florida. He attended Pine Forest High School, subsequently went to Florida Atlantic University.  The Redskins selected him in the sixth round of the 2012 NFL Draft.

He joined the Dallas Cowboys on March 22, 2016. Like her man, Lindsey is a Florida native; she graduated from Apopka High School in Apopka, Florida.

Mrs. Morris born Lindsey Kate Rice on March 1, 1992, in Zellwood, Florida; the daughter of Lisa and Dana Rice. Lindsey met Alfred at Florida Atlantic, from where she played as a midfielder in the women’s soccer team and graduated with an exercise science major in 2013. Mrs. Morris actually went to Florida State her freshman year.

Lindsey quickly developed a crush on Alfred, but never acted on it; at least not right away. She said during the Memorial weekend right after he got drafted, she texted him to congratulate him; he responded with an invitation since he was in town.

They started dating the spring after his rookie year, they dated for a few months before becoming engaged right after Lindsey graduated from FAU; these lovebirds got married in Colorado the first days of June 2014.

They welcomed their adorable son Josiah on May 3, 2015, and a pretty princess born this year. 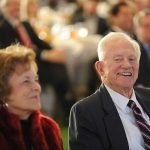 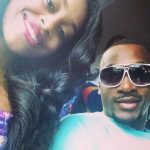