According to ESPN, the small forward, averaged 26 minutes per game during the first round elimination of the Mavericks. He  played a crucial role off the bench for the Rockets in the first round and even managed to average 14.4 points over that five-game stretch. He’s still limited behind normal starter Trevor Ariza, but Brewer is a viable option moving forward in most post season formats. 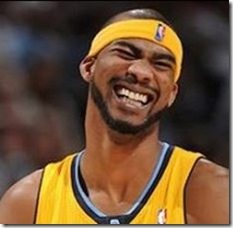 The baller is the father of an adorable little boy named Sebastian, which leads to his baby mama, but you know that they having a child together is no guarantee that they are still together. 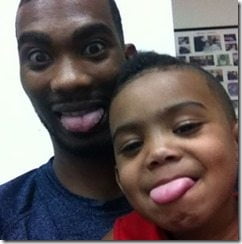 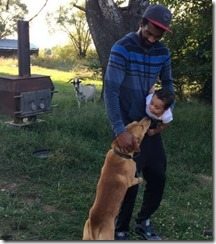 Hence the question and the mystery remains, who is his baby mama? Are they still together? Is he in a new relationship? Is he single? 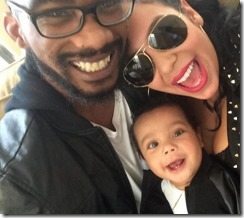 We actually think –and we could be wrong –that he is happily tied to the woman identified as Monique Mongalo seen with him in the picture above. He captioned the photo: “Love hanging out w/my biggest fans & Micky Mouse at the @TargetCenterMN #FamilyTime”

Monique and her NBA stud also attended the 28th Anniversary Sports Spectacular Gala at the Hyatt Regency Century Plaza on May 19, 2013 in Century City, California and the The 2013 ESPY Awards. Unfortunately we don’t have a name for yawl.

Brewer, was born in Portland, Tennessee and played college basketball for the university of Florida. In 2007 he was selected seventh overall by the Minnesota Timberwolves. After that, he has also played for the NY Nicks, Dallas Mavericks, Denver Nuggets.

His lovely lady,  Monique Marie Mongalo, 27, was born on June 13, 1987 to Johnnie Mongalo and Jessica Bolanos in California.